With the U.S. on the verge of entering the conflict between Russia and the Ukraine, Obama and Congress are eyeing natural gas exports as a way to rein in Vladimir Putin from reclaiming border territories. We are now faced with the choice to let natural gas serve as a geo-political tool to enable a global energy transformation or a modern weapon to settle disputes. 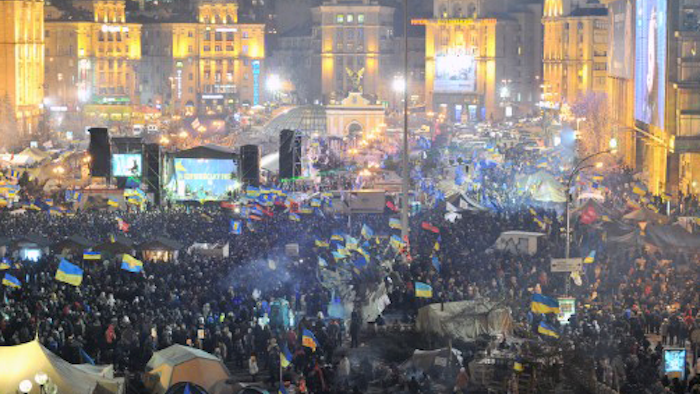 The 2003 invasion of Iraq was a formidable maneuver that launched a 10+ year conflict. Today, President Obama is on the verge of another conflict in the

Ukraine that involves Russia’s occupation of Crimea. Unlike Bush, however, Obama and Congress are eyeing natural gas exports as their weapon of choice to rein in Vladimir Putin from reclaiming territories along the perimeter of Russia. A geo-political tool to enable a global energy transformation or a modern weapon to settle disputes, natural gas has truly evolved.

Cleaner to burn but messy to legislate, natural gas from shale holds great promise for the US and the world. This relatively clean energy source has miraculously become the ideal bridge-fuel that society desperately needs to wean itself off its addiction to dirtier coal and oil. The rapid expansion of wells drilled since 2006 has given engineers plenty of valuable field data to improve upon yields and safety standards. From these field trials, amazing, breakthrough technologies have emerged.

Now into its eighth year, the US natural gas bonanza is no longer a nascent business for wild cat investors, its unprecedented success placing it front and center on the global stage. Presently at the helm, is the US who practically overnight, has gone from being a net importer that was often subjected to the whims of OPEC, to a net exporter. For a long time, Americans have always been taught to loathe their dependence on oil-rich countries. They often accused these oligarchs of using US oil payments to wage war against the same US freedom-fighting armies that protect their regions. With this recent change of the guards, however, Americans and their leaders are finding themselves in uncharted territory. The improved situation favors the US significantly but also leaves its leaders facing a tough dilemma.

To Prohibit or To Allow Exports
While the US can boast having the cheapest natural gas on the planet and the best technology to extract it, elected leaders in Congress must deal with two opposing issues: either to prohibit the export of US natural gas so manufacturers can create more American jobs or to allow exports to threatened US allies whose economies are constantly challenged by volatile energy prices. Already, the US’s offer to export natural gas to the Ukraine in response to Putin’s invasion of Crimea has prompted a strong reaction between both sides. Seen in this manner, one might contemplate the following question:

Could natural gas become the US enabler for global sustainable economic growth and world peace? ...and if so, should it be implemented as a tool or a weapon?

There are three key benefits the US could gain from exporting its natural gas.

These lofty expectations may be too high for even the US, considering that every new encounter will introduce more complexities and unknowns. We can only hope that US elected officials will recognize this once in a millennium opportunity and use natural gas as a tool rather than a weapon to steer the world toward a sustainable energy transformation strategy that follows a common set of internationally vetted guidelines and best practices.

Tom Kadala is an internationally recognized writer, speaker, and facilitator well-versed in economics, engineering,  technology, finance, and marketing. His views are regularly published by prominent  industry publications and also distributed to an exclusive list of contacts, some of whom he has met personally during his 20+ year tenure as the founder & CEO of Alternative Technology Corporation (ATC, Inc.).
Latest in Energy