The overwhelmed Commerce Department could not meet its own deadline for processing around three-fourths of the requests. 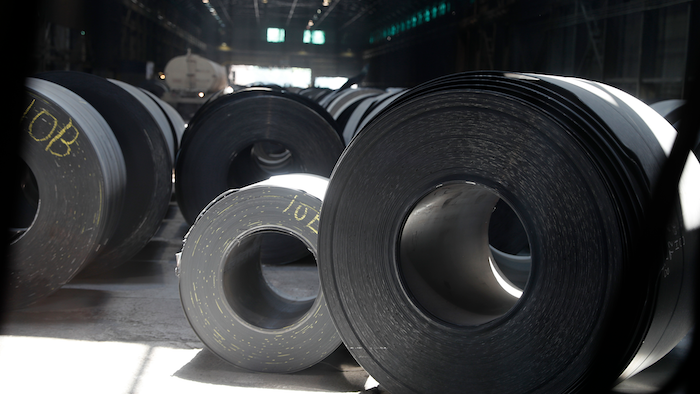 The U.S. Government Accountability Office reported that the Commerce Department, overwhelmed by companies lobbying to avoid the tariffs, could not meet its own deadline for processing around three-fourths of the requests.

And Commerce rejected nearly a fifth of the applications before weighing the merits of the appeal because the paperwork was incomplete or included errors.

Trump’s tariffs were controversial from the beginning. Invoking a rarely used provision of a 1962 law to label steel and aluminum imports a threat to U.S. national security, Trump slapped tariffs of 25% on foreign steel and 10% on aluminum in 2018. The idea was to strengthen U.S. producers of steel and aluminum by shielding them from foreign competition.

U.S. companies that relied on foreign steel and aluminum were allowed to appeal for relief from the tariffs, primarily by showing that they could not get the metals they needed in the United States.

In a report released late Tuesday, GAO said that the Commerce Department was inundated with 106,000 requests for exclusion from the tariffs -- far more than expected. The department was supposed to reach a decision on each case in 60 to 149 days, depending on whether U.S. aluminum and steel producers objected to the request.

GAO found that 19,000 requests were turned down “prior to decision due to incorrect or incomplete information.’’ GAO said that Commerce did not try to learn why so many applications failed to meet its submission standards or to fix the problem.

About two-thirds of the requests for relief were ultimately approved, GAO found. But Commerce missed its own deadlines in 79% of steel cases, and 72% of aluminum cases.

The GAO called for Commerce to find out why so many companies failed to fill out the paperwork correctly, to take steps to speed up the decision-making process and to study the impact the tariffs had on the metals markets and on companies that consume steel and aluminum.

“The GAO’s findings affirm what thousands of businesses around the country have known to be true: the administration’s rush to enact tariffs was a costly mess,” Alabama Democratic Sen. Doug Jones said in a prepared statement issued with Sens. Pat Toomey, R-Pa., and Tom Carper, D-Del.

The process, Jones said, “was quickly overwhelmed and backlogged, leading American businesses to pay tariffs they shouldn’t owe and to spend months trying to resolve their claim with the department.’’

Responding to the GAO in a letter, Commerce Secretary Wilbur Ross said the department agreed with the recommendations and had already taken steps to resolve the paperwork issues and to expedite decisions.

Last October, the internal watchdog for Commerce also criticized the way the department handled tariff relief requests, saying that the lack of transparency created “the appearance of improper influence.’’

The Commerce inspector general found that department officials had discussed cases with “interested parties’’ without mentioning the exchanges in official records. It also said that Commerce made it more difficult for companies to get exemptions after hearing objections from supporters of the tariffs.

US Drops Tax on Canadian Aluminum

WTO: US Tariffs on China Illegal