$50B in SBA Loans Approved

But the loan processing system is still unable to handle the heavy volume of applications. 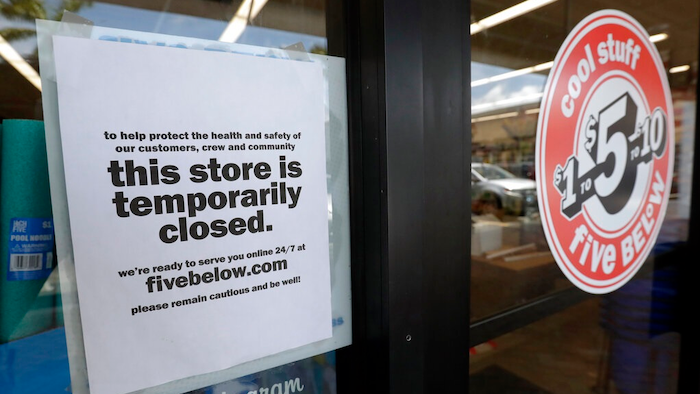 In this April 23, 2020 file photo, a sign is posted on a closed store in North Miami, Fla. Banks trying to submit applications for thousands of small businesses seeking coronavirus relief loans have hit a bottleneck for a second day at the Small Business Administration. Banking industry groups say the SBA’s loan processing system is still unable to handle the volume of loan applications from business owners trying to get aid under the Paychceck Protection Program, part of the government’s $2 trillion coronavirus aid program.
AP Photo/Wilfredo Lee, File

NEW YORK (AP) — The government says it has approved an additional $50 billion in loans to small businesses, although banks are complaining that a bottleneck at the Small Business Administration is severely slowing the process.

Banking industry groups said Tuesday that the SBA’s loan processing system is still unable to handle the heavy volume of loan applications from business owners trying to get aid under the Paychceck Protection Program, part of the government’s $2 trillion coronavirus rescue package.

“Today is just another slow, frustrating slog for getting PPP loans through,” said Paul Merski, a vice president at the Independent Community Bankers of America.

The government's small business loan program was replenished with $310 billion and started taking applications again Monday. Without addressing any glitches, President Donald Trump said at a press conference with small business owners Tuesday that twice as many users had accessed the SBA’s processing system as on any day during the first round of funding, during which about 1.7 million loans totaling $349 billion were approved.

At Bank of America, which submitted 184,000 applications by Monday morning and has tried sending in another 48,000 since then, only 1,000 have been approved, according to a source familiar with the matter who spoke on condition of anonymity because they were not authorized to speak publicly about the process.

Tuesday afternoon the SBA said about 476,000 loans had been approved totaling more than $52 billion. Trump said most of the loans approved were for smaller amounts, an indication that loans were going to smaller companies. The average loan during the first round of funding was $206,000.

The loans are aimed at helping small businesses retain workers or rehire those who they laid off in response to the virus outbreak. Any money from the loan used toward payroll will be forgiven. Restaurants, retailers, gyms and other businesses were forced to shut down to try to contain the virus’s spread, and other companies have seen a steep drop in revenue as customers stayed home or cut back their spending.

The SBA did not immediately respond for a request for comment Tuesday on the delays. But in a memo the agency sent to banks at midday Tuesday and obtained by The Associated Press, the SBA said it would stop banks from using a system that automatically submits applications into the agency's ETran system. Without that system, “the loan processing system will be more reliable, accessible and equitable for all businesses,” the memo said.

At some banks, the change means having to manually submit the applications, a much slower process, said Nick Simpson, a spokesman for the Consumer Bankers Association. Others are able to submit applications in batches of more than 5,000, but it wasn't known how or when the SBA would process them, he said.

The $349 billion first round of funding was exhausted in less than two weeks. In this round, banks have reported that they were being allowed to submit only 350 applications an hour, if that many. Meanwhile, they have thousands on hand.

“I don’t know of any bank who’s reaching 350 per hour,” said Richard Hunt, president of the Consumer Bankers Association. He said there appeared to be technical issues at the SBA similar to ones that held up processing early in the first round of funding.

PNC Financial said it has submitted 55,000 loan applications since the program reopened Monday. In a statement, the bank said that given the overall volume of applications, “it is quite possible that not every qualified applicant will receive loan proceeds under the PPP.”

The Treasury, which oversees the loan program, has come under criticism for allowing large public companies to obtain loans, some of which have been returned. Speaking at the Tuesday press conference, Treasury Secretary Steven Mnuchin said any loans approved for more than $2 million would be subject to an SBA review. 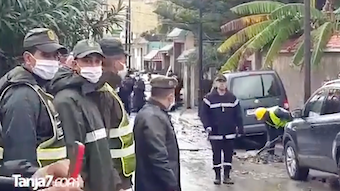 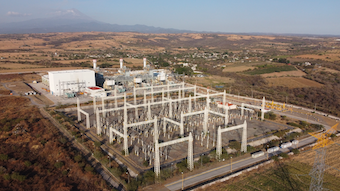 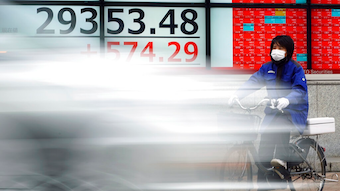 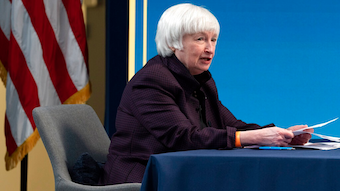