What Do AI And Fighter Pilots Have To Do With E-Commerce? Sentient’s Antoine Blondeau Explains

Blondeau describes how a principle for fighter pilots is applicable to the design of automated intelligent systems.

That may sound strange in a world where most of us shop online and major retailers are achieving significant revenues online. But, let me say it again…arguably, e-commerce has failed.

Why do I say that? It’s simple. The average e-commerce conversion rate – the percentage of shoppers that buy in a given visit—is 3 percent, while the average rate for brick and mortar stores is 17 percent. So, online, we’re selling at less than one fifth of the efficiency of physical stores, and we’re failing to close the sale 97 percent of the time.

Fortunately, new artificial intelligence solutions are closing the gap. Interestingly, the most successful solutions are built on a framework developed first for aerial combat—the OODA Loop—allowing us to develop autonomous systems to improve digital customer experiences.

The OODA Loop was developed by United States Airforce Col. John Boyd, who pondered—why are some fighter pilots successful and others not? After all, most pilots were similar physically, had the same training from the same instructors, and were flying the same aircraft. But some were aces, and some were, well, deuces.

After researching many pilots and many engagements, Boyd came up with the OODA Loop.

Boyd found that the best pilots weren’t necessarily the ones with the best skills, but the ones that could travel through the loop more quickly and more often. Learning and adapting, are the key to winning—and the faster the better. At Sentient, we’ve applied the OODA Loop framework to develop autonomous AI systems which bring learning and adaptation to key components of the e-commerce customer journey.

Merchandising and recommendations are key in influencing a customer’s decision to buy your products. Autonomous AI systems can now greatly increase the impact of these critical functions.

Traditionally, merchandising has been viewed as much as an art than a science. Skilled merchandisers determine what products to carry and how to display them in their brick-and-mortar stores. But e-commerce platforms have rigid and standardized hierarchies on how products can be displayed, which means that only a small percentage—those on the first page or two—typically get exposed. And there’s nothing personalized about these listings.

Autonomous AI is changing all that. Systems like Sentient Aware understand shoppers and products at a granular level (OBSERVE), determine the relationship between shopper and products, (ORIENT), calculate what products to show next (DECIDE) and then show them (ACT) – and then observe how the shoppers react, beginning the loop again.

This approach enables new, personalized and adaptive merchandising and recommendations, breaking through the limitations of standardized taxonomies. Retailers can now show shoppers over 90 percent of their products in a month instead of 20 percent, and receive much more valuable feedback in the process. By showing the right products to the shoppers, retailers can also expand conversion rates and the size of the average sale.

Web site testing is another discipline being accelerated by autonomous AI. Sentient Ascend watches how shoppers react to specific web site designs (OBSERVE), compares the results of designs with other designs (ORIENT), determines which are winners and how to combine them (DECIDE) and then combines them and presents the new designs to the shoppers (ACT). And the loop starts again, as the system observes how shoppers react to the new designs.

Once again, the AI takes the human out of the loop for certain processes (running testing) while augmenting them for more important processes (coming up with ideas to test).

We’re moving into a golden age of artificial intelligence where access to data, low-cost compute power, and better algorithms are enabling new autonomous solutions to our most important industries. AI has the potential to expand beyond just e-commerce, including industries like healthcare, finance, predictive maintenance and cybersecurity.

Will AI become ubiquitous in industry? We think so. In fact, AI is already around us much more than we know – every time we talk to Siri, use Waze, or even just search on the Internet. An important lesson from this is that the best applications from AI are often not visible on the surface, even as they change outcomes dramatically.

What does this mean for us as individuals? Our vision is a world where we use AI to solve problems that haven’t been solvable before, and to handle decision-making which is better or more quickly done by machines. We believe that AI will free up our time – human time – to focus on creativity, communication, empathy, and higher-order decision-making, allowing us to be even more productive, more satisfied, and more empowered. 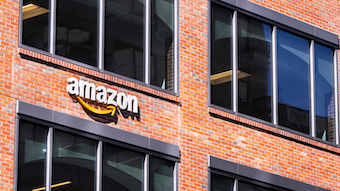 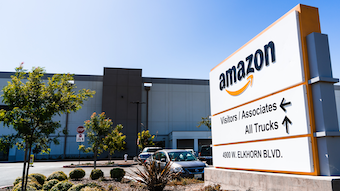 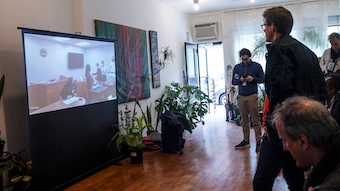 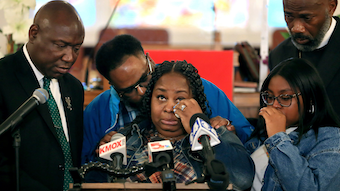 Woman Whose Son Was Killed in Tornado Criticizes Amazon 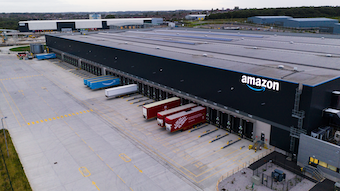 The Pressures on Amazon Spending Habits

Many sellers have never experienced inflation — and don't have a clear plan to deal with it.
May 2nd, 2022 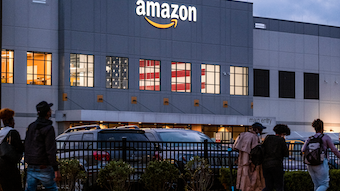 Amazon Union Could Face Tough Road Ahead after Victory

Negotiating a contract with Amazon could prove difficult.
Apr 25th, 2022 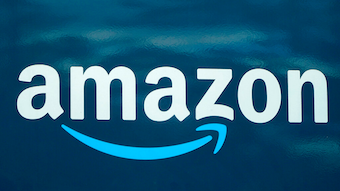 It will help provide fast, affordable broadband to millions of underserved people around the world.
Apr 5th, 2022 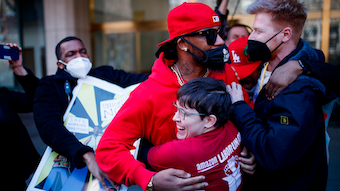 A fired Amazon employee has been leading the Amazon Labor Union in its fight.
Apr 4th, 2022 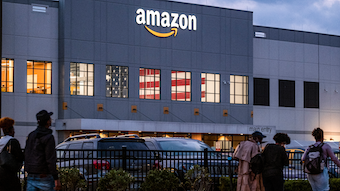 Union supporters have the edge in one vote.
Apr 1st, 2022 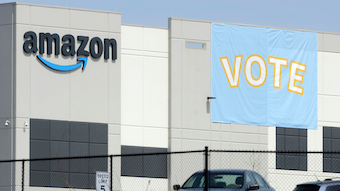 After a crushing defeat last year, organizers are hoping for a different outcome in a do-over election.
Mar 31st, 2022 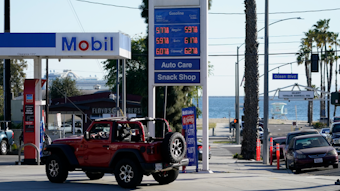