German chemical and pharmaceutical company Bayer says it plans to invest some $5.6 billion over the next decade in developing "additional methods to combat weeds." 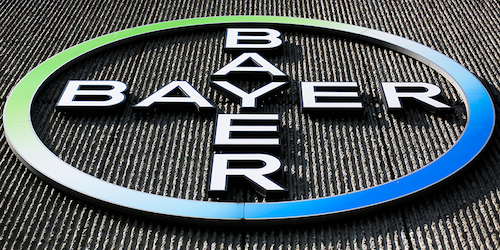 FILE - This Monday, May 23, 2016, file photo, shows the Bayer AG corporate logo displayed on a building of the German drug and chemicals company in Berlin. The German pharmaceutical giant has agreed, Tuesday, May 29, 2018, to the U.S. government's demand that it sell about $9 billion in agriculture businesses as condition for acquiring Monsanto Co., a U.S. seed and weed-killer maker. Antitrust regulators at the Justice Department say it's the biggest divestiture ever required for a merger. (AP Photo/Markus Schreiber, File)

BERLIN (AP) — German chemical and pharmaceutical company Bayer says it plans to invest some $5.6 billion over the next decade in developing "additional methods to combat weeds."

Friday's announcement came as Bayer is engaged in legal battles in the U.S. in which plaintiffs claim that subsidiary Monsanto's Roundup weed killer caused cancer. Rulings in three cases have gone against it.

Bayer argues that studies have established that glyphosate, Roundup's active ingredient, is safe and made clear Friday that it stands by the product. A company statement said that "while glyphosate will continue to play an important role in agriculture and in Bayer's portfolio, the company is committed to offering more choices for growers."