Engineers have developed a new methodology that can be used to create a class of stretchable polymer composites with enhanced electrical and thermal properties. 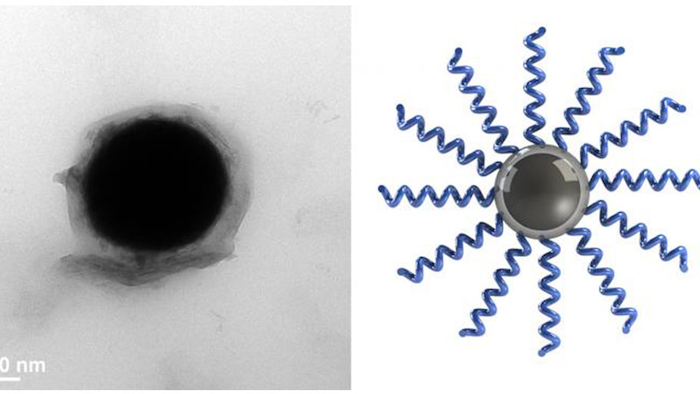 A team of polymer chemists and engineers from Carnegie Mellon University have developed a new methodology that can be used to create a class of stretchable polymer composites with enhanced electrical and thermal properties. These materials are promising candidates for use in soft robotics, self-healing electronics and medical devices. The results are published in the May 20 issue of Nature Nanotechnology.

In the study, the researchers combined their expertise in foundational science and engineering to devise a method that uniformly incorporates eutectic gallium indium (EGaIn), a metal alloy that is liquid at ambient temperatures, into an elastomer. This created a new material—a highly stretchable, soft, multi-functional composite that has a high level of thermal stability and electrical conductivity.

Carmel Majidi, a professor of Mechanical Engineering at Carnegie Mellon and director of the Soft Machines Lab, has conducted extensive research into developing new, soft materials that can be used for biomedical and other applications. As part of this research, he developed rubber composites seeded with nanoscopic droplets of liquid metal. The materials seemed to be promising, but the mechanical mixing technique he used to combine the components yielded materials with inconsistent compositions, and as a result, inconsistent properties.

To surmount this problem, Majidi turned to Carnegie Mellon polymer chemist and J.C. Warner University Professor of Natural Sciences Krzysztof Matyjaszewski, who developed atom transfer radical polymerization (ATRP) in 1994. ATRP, the first and most robust method of controlled polymerization, allows scientists to string together monomers in a piece-by-piece fashion, resulting in highly-tailored polymers with specific properties.

"New materials are only effective if they are reliable. You need to know that your material will work the same way every time before you can make it into a commercial product," said Matyjaszewski. "ATRP has proven to be a powerful tool for creating new materials that have consistent, reliable structures and unique properties."

Majidi, Matyjaszewski and Materials Science and Engineering Professor Michael R. Bockstaller used ATRP to attach monomer brushes to the surface of EGaIn nanodroplets. The brushes were able to link together, forming strong bonds to the droplets. As a result, the liquid metal uniformly dispersed throughout the elastomer, resulting in a material with high elasticity and high thermal conductivity.

Matyjaszewski also noted that after polymer grafting, the crystallization temperature of eGaIn was suppressed from 15 C to -80 C, extending the droplet's liquid phase—and thus its liquid properties—down to very low temperatures.

"We can now suspend liquid metal in virtually any polymer or copolymer in order to tailor their material properties and enhance their performance," said Majidi. "This has not been done before. It opens the door to future materials discovery."

The researchers envision that this process could be used to combine different polymers with liquid metal, and by controlling the concentration of liquid metal, they can control the properties of the materials they are creating. The number of possible combinations is vast, but the researchers believe that with the help of artificial intelligence, their approach could be used to design "made-to-order" elastomer composites that have tailored properties. The result will be a new class of materials that can be used in a variety of applications, including soft robotics, artificial skin and bio-compatible medical devices.