The leader of Belarus sternly warned Russia Thursday that it could lose its ally if it fails to offer compensation for higher oil prices. 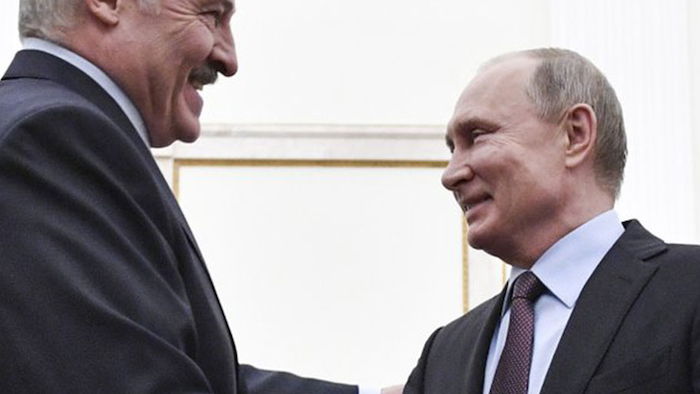 The leader of Belarus sternly warned Russia Thursday that it could lose its ally if it fails to offer compensation for higher oil prices.

President Alexander Lukashenko's statement comes amid a bitter energy dispute that has marred close ties between the two neighbors and allies.

The Belarusian leader, who has ruled the ex-Soviet nation of 10 million with an iron fist for nearly a quarter-century, has relied on loans and cheap energy from Russia. Belarus exports some oil products made with cheap Russian oil, and Moscow's decision to charge a higher price for crude supplies will cost it $11 billion in lost revenue over the next six years, according to Belarusian official estimates.

Lukashenko has held several meetings with Russian President Vladimir Putin last fall, but they have failed to resolve the dispute.

"If the Russian leadership opts for such course and the loss of its only ally in the West, it would be their choice," Lukashenko told his officials. He ordered them to find alternative revenue sources. "We shouldn't consider that a catastrophe."

Russia and Belarus have signed a union agreement that envisaged close economic, political and military ties. Some in Belarus fear that Moscow could use the deal to try to incorporate its neighbor—concerns fueled by Russia's 2014 annexation of Ukraine's Crimean Peninsula.

Lukashenko on Thursday rejected the idea that Russia and Belarus could merge as a "silly talk."

"No one can force our hand," he said. "We have agreed with the president of Russia that the issue of unification isn't on the agenda."