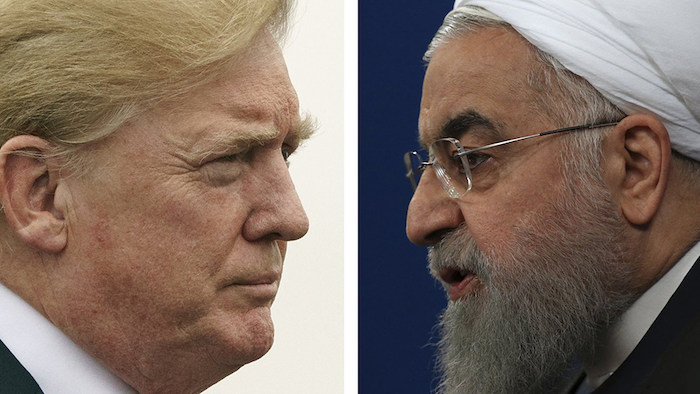 The sanctions target Iran's energy, financial, and shipping sectors and are aimed at crippling the country's economy following President Donald Trump's withdrawal from the 2015 nuclear deal. The measures restore all the U.S. sanctions that had been lifted under the accord that gave Iran billions of dollars in sanctions relief in exchange for curbs on its nuclear program.

The sanctions freeze any assets that those targeted have in U.S. jurisdictions and bar Americans from doing business with them. They will also affect non-Iranian companies that deal with sanctioned Iranian firms and officials.

In what the U.S. said was the largest-single sanctions designation, the Treasury imposed penalties on more than 700 Iranian and Iranian-linked individuals, entities, aircraft, and vessels. The move brought to more than 900 the number of Iran-related targets sanctioned by the Trump administration in less than two years.

Among those are 50 Iranian banks and subsidiaries, more than 200 people and ships, Iran's state-run airline Iran Air and more than 65 of its planes.

"Treasury's imposition of unprecedented financial pressure on Iran should make clear to the Iranian regime that they will face mounting financial isolation and economic stagnation until they fundamentally change their destabilizing behavior," said Treasury Secretary Steven Mnuchin said. "The maximum pressure exerted by the United States is only going to mount from here. We are intent on making sure the Iranian regime stops siphoning its hard currency reserves into corrupt investments and the hands of terrorists."

Yet as the administration seeks to cut off Iran's oil revenue completely it is allowing some of its closest allies—Greece, India, Italy, Japan, South Korea, Taiwan, Turkey—and rival China to continue to purchase Iranian oil as long as they work to reduce imports to zero. 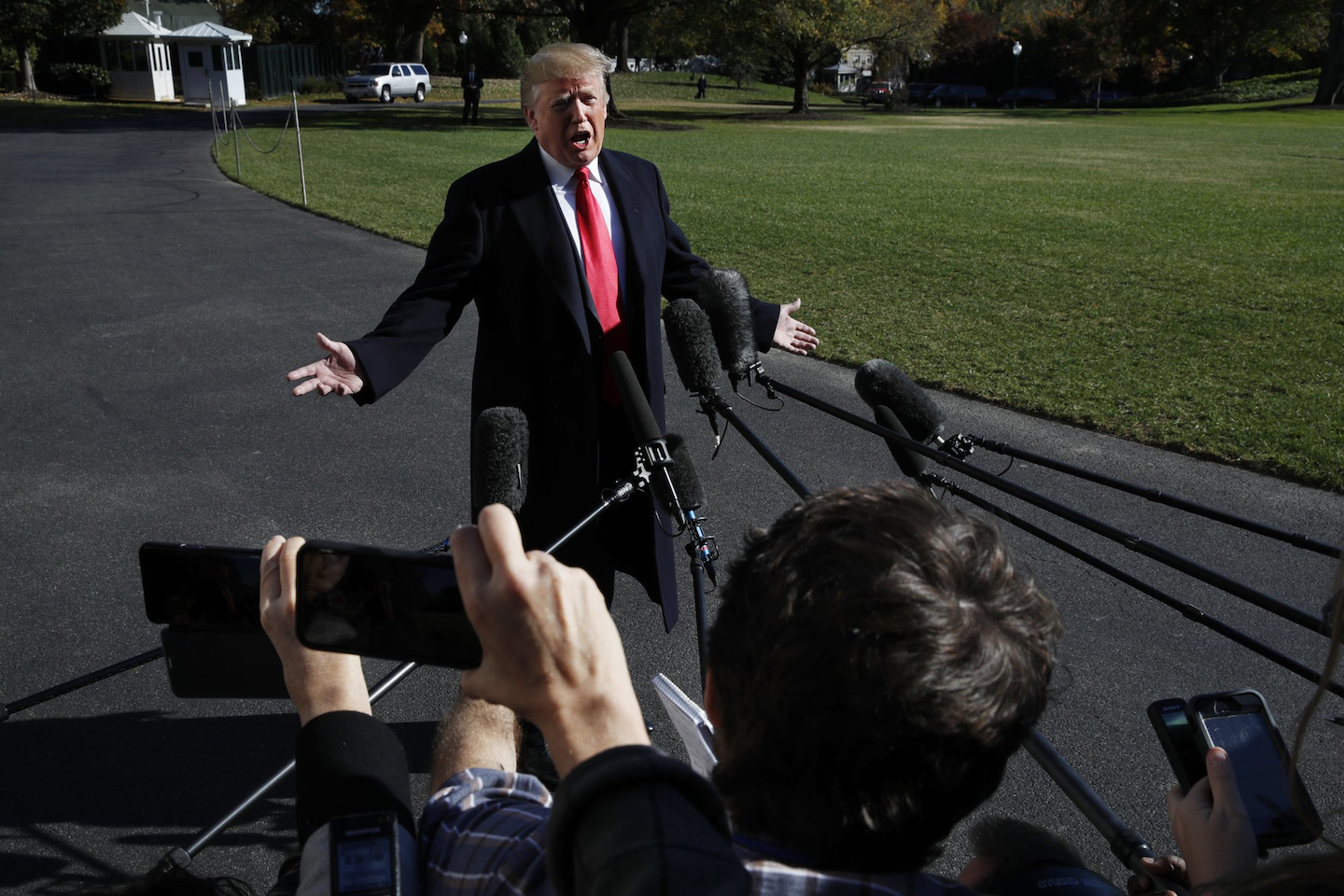 President Donald Trump answers a question from the media as he leaves the White House, Sunday, Nov. 4, 2018, in Washington, en route to rallies in Macon, Ga., and Chattanooga, Tenn. (AP Photo/Jacquelyn Martin)

Secretary of State Mike Pompeo said the waivers, which expire in six months, were necessary to avoid disruption of world oil markets and to give the eight countries more time to eliminate their imports. During those six months, the importing country can buy Iranian oil but must deposit Iran's revenue in an escrow account. Iran can spend the money but only on a narrow range of humanitarian items.

Seeking to deflect criticism from some Iran hawks concerned that the sanctions don't go far enough, Pompeo stressed that U.S. pressure on countries to stop buying Iranian oil had already reduced its exports by more than a million barrels of crude per day.

"Rest assured, Iran will never get close to obtaining a nuclear weapon under President Trump's watch," he said.

Pompeo also said limited waivers had been issued to allow European and other firms to continue conversion work on two of Iran's nuclear facilities.

Trump has repeatedly denounced the 2015 deal, one of former President Barack Obama's biggest diplomatic achievements, as the "worst ever" negotiated by the United States, saying it gave Iran too much in return for too little.

But proponents as well as the other parties to the deal—Britain, China, France, Germany, Russia, and the European Union—have vehemently defended it. The Europeans have mounted a drive to save the agreement without the U.S., fearing that the new sanctions will drive Iran to pull out and resume all of its nuclear work.