Energy giant BP says it's added the equivalent of 30,000 barrels of oil a day to production at its largest Gulf of Mexico platform, called Thunder Horse. 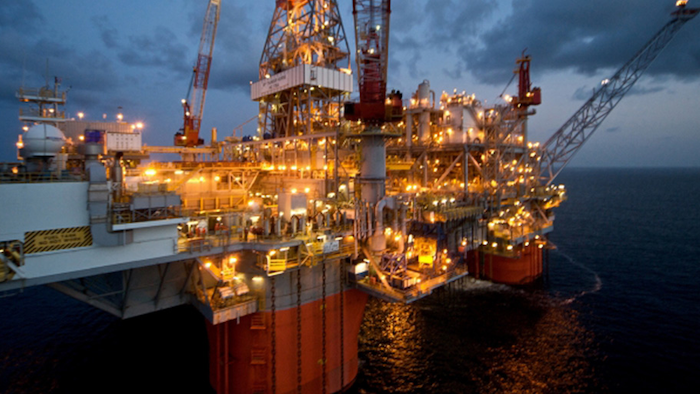 Located 150 miles southeast of New Orleans and in 6,050 feet of water, Thunder Horse is designed to process up to 250,000 barrels of oil and 200 million cubic feet of natural gas per day. (BP United States)

Energy giant BP says it's added the equivalent of 30,000 barrels of oil a day to production at its largest Gulf of Mexico platform, called Thunder Horse .

A news release Thursday from Houston-based BP United States says that brings the field's gross output to more than 200,000 barrels of oil equivalent a day. The field is about 150 miles (240 kilometers) southeast of New Orleans, in more than 6,000 feet (1,800 meters) of water.

BP says the expansion started four months ahead of schedule and 15 percent under budget.

The company did not give the cost of adding a new subsea manifold and two wells tied into existing lines.

BP operates the platform and has a 75 percent working interest in it. ExxonMobil holds the other 25 percent. 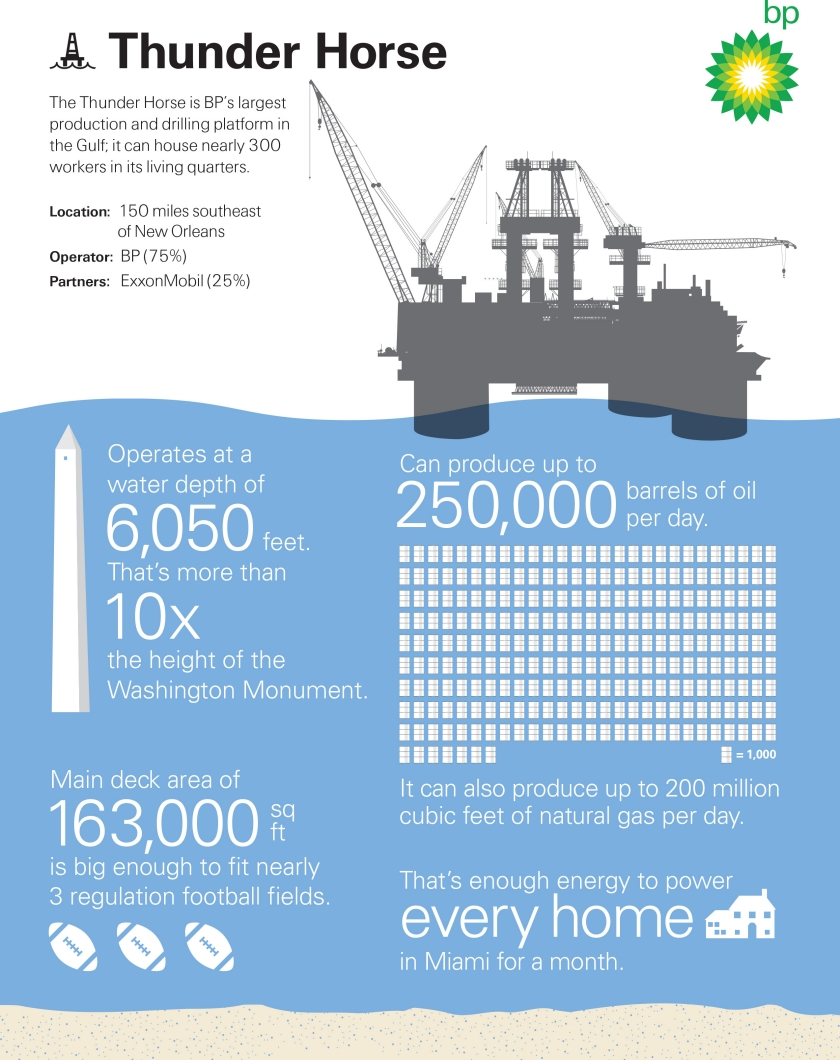