French and Italian maritime authorities have begun cleaning up a fuel spill that has spread 20 kilometers (12.5 miles) in the Mediterranean Sea after two cargo ships collided north of the island of Corsica. 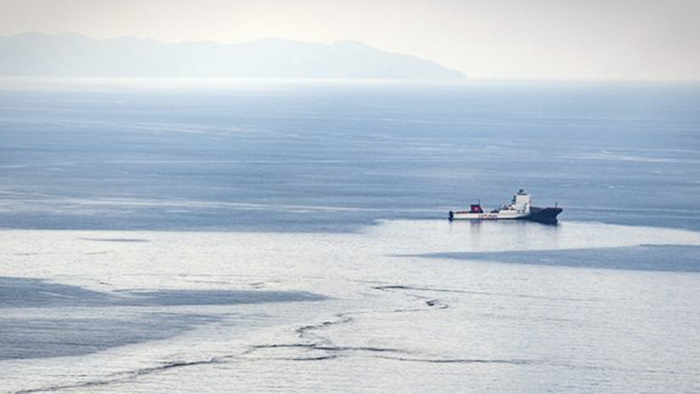 French and Italian maritime authorities have begun cleaning up a fuel spill that has spread 20 kilometers (12.5 miles) in the Mediterranean Sea after two cargo ships collided north of the island of Corsica.

Italy's coast guard said Monday it's recovering some of the polluted material and monitoring the spill amid changing weather conditions.

A Tunisian cargo ship pierced a hole in the hull of a Cypriot container ship in Sunday's collision, causing the fuel leak. No one was injured.

A spokesman for the regional French maritime authority said the cleanup began Monday morning and spots of fuel have spread for 20 kilometers (12 miles).

The official said French and Italian ships and oil spill experts are dragging a floating barrier to contain the oil then will use a skimmer to suck up the fuel. 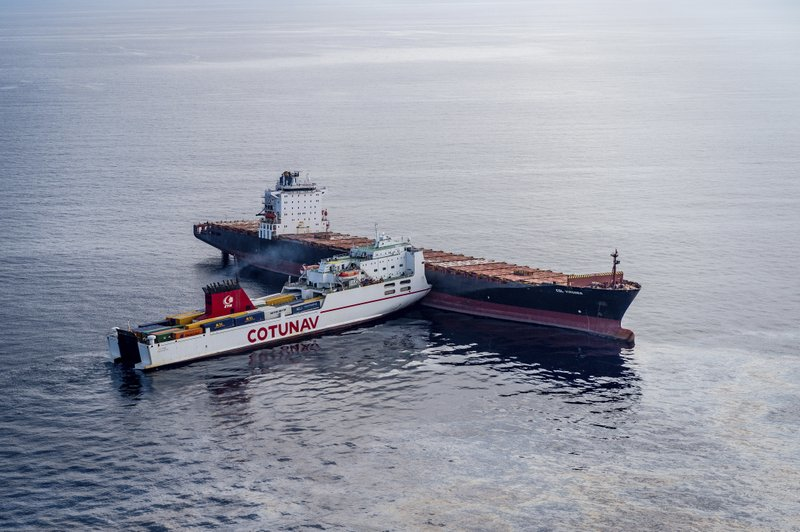 In this photo provided Monday Oct.8, 2018 by the Marine Nationale, a Tunisian ship and a Cypriot ship are seen after a collision in the Mediterranean Sea north of Corsica island, Sunday, Oct. 7, 2018. Two merchant ships collided north of the French island of Corsica on Sunday, causing a 4-kilometer (2.4 mile) fuel spill in the Mediterranean Sea that French and Italian authorities are working to contain. (Benoit Emile/Marine Nationale via AP)