Scientists from the University of Liverpool, University College London, and East China University of Science and Technology have synthesized a new organic material that can convert water into hydrogen fuel using sunlight. 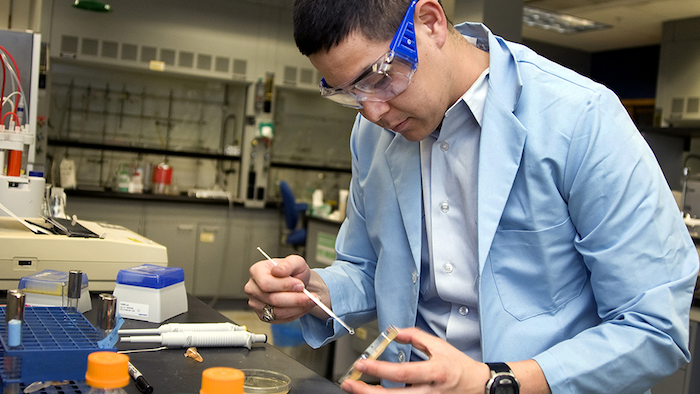 Scientists from the University of Liverpool, University College London, and East China University of Science and Technology have synthesized a new organic material that can convert water into hydrogen fuel using sunlight.

Photocatalytic solar hydrogen production—or water splitting—offers an abundant clean energy source, but only if the energy in sunlight can be harvested effectively. Inorganic materials are better known as water splitting catalysts, but organic catalysts can also be built from cheap abundant elements, such as carbon, nitrogen, and sulphur.

The Liverpool-led team has used a combination of experiment and computation to discover a highly active organic photocatalyst. This also revealed some basic design principles, which may guide us to even better catalysts in the future. 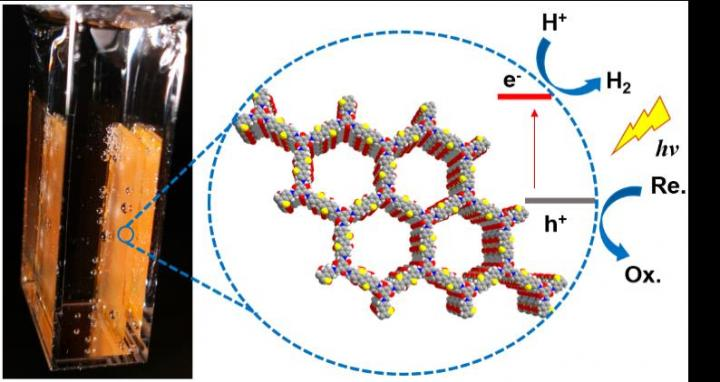 This is an organic catalyst material for photocatalytic hydrogen evolution. (University of Liverpool)

"To achieve high hydrogen evolution rates, you need good water affinity, broad light adsorption, high surface area, and high crystallinity," said Mr Xiaoyan Wang, the Liverpool Chemistry PhD student who led the experimental work. "By introducing all of these features in one material, we got a very active photocatalyst."

Mr Wang's PhD project is co-funded by the China Scholarship Council (CSC) and the University of Liverpool, through a joint PhD program that started in March 2016.

This program attracts talented PhD candidates from China to carry out their studies in the world-leading Materials Innovation Factory at the University of Liverpool.

"This project was a multinational collaboration involving researchers from China, Germany, the Netherlands, and the UK," said Professor Andrew Cooper FRS, academic lead for the study. "It is a good example of the vital need to hire the best researchers from all over the world, and to collaborate with teams in other countries. Top-level science is an international endeavour."