Automakers sought flexibility while environmental groups blasted the Trump administration's proposal to roll back fuel economy standards at a public hearing on the plan in the industry's backyard. 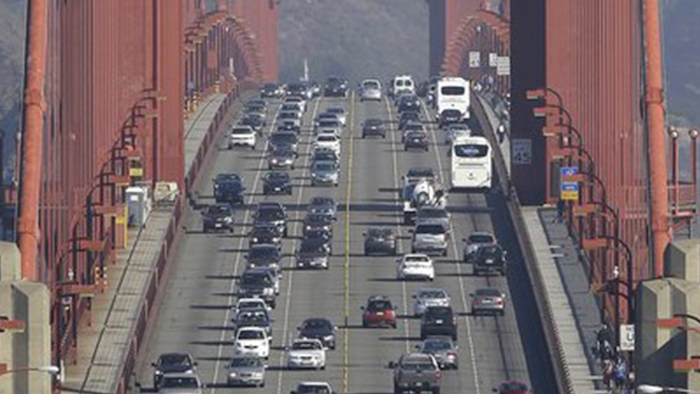 Automakers sought flexibility while environmental groups blasted the Trump administration's proposal to roll back fuel economy standards at a public hearing on the plan in the industry's backyard.

At the hearing Tuesday in Dearborn, Michigan, home to Ford Motor Co. and just miles from the General Motors and Fiat Chrysler home offices, industry officials repeated two themes: they'll keep working to make cars and trucks more efficient, but they may not be able to meet existing standards because people are buying more trucks and SUVs.

Environmental groups, though, urged the government to scrap its plan to roll back the standards and instead keep in place the ones that were reaffirmed in the waning days of the Obama administration. They said the technology to meet the standards at low costs is available, and they accused Trump's Department of Transportation of twisting numbers to justify the rollback.

Nearly 150 people were scheduled to testify at the hearing, the second on the preferred option of the National Highway Traffic Safety Administration and Environmental Protection Agency to freeze the standards at 2020 levels.

In 2016, for the first time since the latest standards started, the auto industry couldn't meet them without using emissions credits earned in prior years, said Steve Bartoli, vice president of fuel economy compliance for Fiat Chrysler Automobiles. The reason is because with relatively low gas prices, people are buying more trucks and SUVs rather than fuel-efficient cars, he said.

Last year, cars made up only 36 percent of the U.S. new-vehicle fleet, something that wasn't expected when the current requirements were put in place six years ago, he said. "The forecasts referenced by the agencies at that time showed cars increasing from 50 percent to 57 percent of annual vehicle sales by 2025," Bartoli said.

Bartoli and other industry representatives said they'll keep making vehicles more efficient, but need the more flexible standards because of the market shift. Industry officials said they don't support a full freeze on the standards.

"FCA is willing to work with all parties on a data-driven final rule that results in market-facing fuel economy improvements that also support greater penetration of alternative powertrains" such as electric vehicles, Bartoli said. 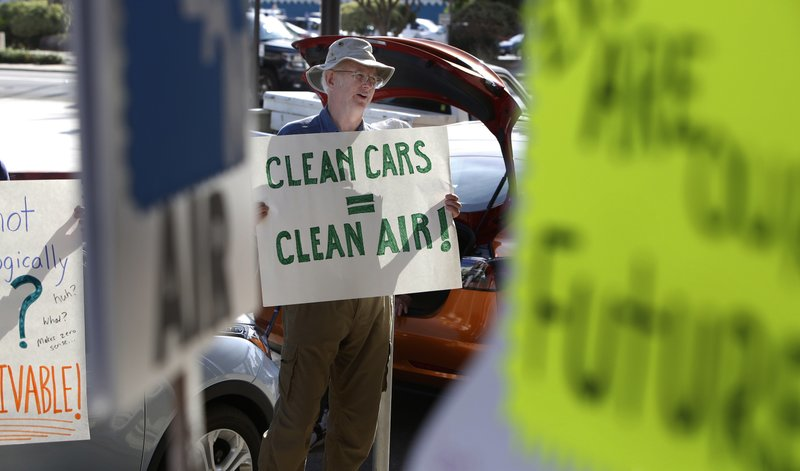 Paul Gipe protests before the first of three public hearings on the Trump administration's proposal to roll back car-mileage standards in a region with some of the nation's worst air pollution Monday, Sept. 24, 2018 in Fresno, Calif. The day-long session by the U.S. Environmental Protection Agency and National Highway Traffic Safety Administration is a means to gather public comment concerning the mileage plan, which would freeze U.S. mileage standards at levels mandated by the Obama administration for 2020, instead of letting them rise to 36 miles per gallon by 2025. (AP Photo/Gary Kazanjian)

Rhett Ricart, a Columbus, Ohio, car dealer who is regulatory chairman for the National Automobile Dealers Association, said trying to force people into efficient cars is like trying to make a 3-year-old eat vegetables. "If he doesn't like vegetables, you can't stuff his mouth full of them," Ricart said.

But environmental groups said the Obama standards should remain in place, arguing that the technology is advancing so fast that automakers can meet the standards without adding huge costs for consumers. They said by the EPA's own calculations, 60,000 jobs will be lost by 2030 developing and building fuel efficient technologies. They urged NHTSA and the EPA, which are holding the hearings, to scrap their preferred option of a freeze.

John German, senior fellow with the International Council on Clean Transportation, a group that pushes for stronger standards, said outside the hearing that the Trump administration's cost estimates per car for the Obama standards are inflated to justify the freeze. Consumer savings at the pump are roughly three times the cost, which the ICCT calculates to be $551 per vehicle.

He also said the industry has developed lower-cost improvements to internal combustion powertrains faster than expected, so auto companies can meet standards without selling a lot of electric vehicles.

Environmental groups also said the Obama standards vary with vehicle size and give the industry flexibility to meet them. "The standards are working as designed," German said.

At Monday's hearing in Fresno, California, state officials said the proposed rollback would damage people's health and exacerbate climate change, and they demanded the Trump administration back off.

Looming over the administration's proposal is the possibility that California, which has become a key leader on climate change as Trump has moved to dismantle Obama-era environmental rules, could set its own fuel standard that could roil the auto industry. That's a change the federal government is trying to block.

"California will take whatever actions are needed to protect our people and follow the law," Mary Nichols, chairwoman of the California Air Resources Board, testified at the hearing.

Automakers want one standard for the whole country so they don't have to design different vehicles for California and the states that follow its requirements.

Another hearing is planned on Wednesday in Pittsburgh.