Researchers from the University of Hawaii at Manoa have found that several greenhouse gases are emitted as common plastics degrade in the environment.

University of Hawaii at Manoa 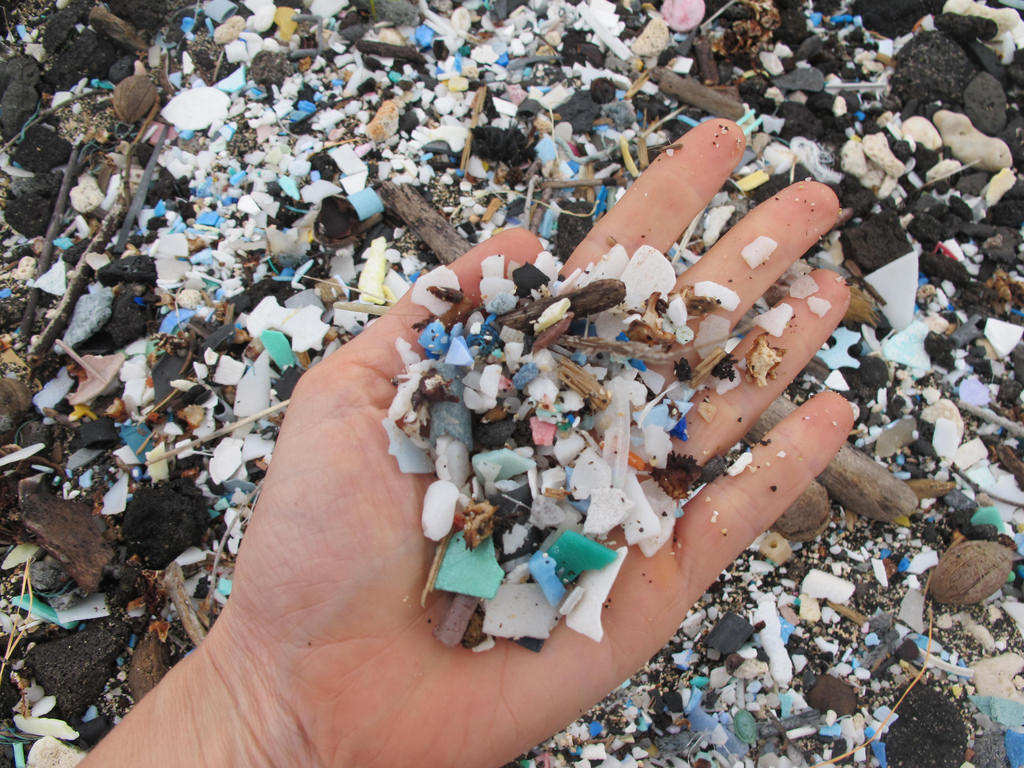 Plastic pollution seen in Kamilo Point. (University of Hawaii at Manoa School of Ocean and Earth Science and Technology)

Researchers from the University of Hawaii at Manoa School of Ocean and Earth Science and Technology (SOEST) discovered that several greenhouse gases are emitted as common plastics degrade in the environment.

Mass production of plastics started nearly 70 years ago and the production rate is expected to double over the next two decades. While serving many applications because of their durability, stability, and low cost, plastics have deleterious effects on the environment. Plastic is known to release a variety of chemicals during degradation, which has a negative impact on organisms and ecosystems.

The study reports the unexpected discovery of the universal production of greenhouse gases methane and ethylene by the most common plastics when exposed to sunlight. The science team tested polycarbonate, acrylic, polypropylene, polyethylene terephthalate, polystyrene, high-density polyethylene, and low-density polyethylene (LDPE)—materials used to make food storage, textiles, construction materials, and various plastic goods. Polyethylene, used in shopping bags, is the most produced and discarded synthetic polymer globally and was found to be the most prolific emitter of both gases.

Additionally, the team found that the emission rate of the gases from virgin pellets of LDPE increased during a 212-day experiment and that LDPE debris found in the ocean also emitted greenhouse gases when exposed to sunlight. Once initiated by solar radiation, the emission of these gases continued in the dark.

"We attribute the increased emission of greenhouse gases with time from the virgin pellets to photo-degradation of the plastic, as well as the formation of a surface layer marked with fractures, micro-cracks and pits," said lead author Sarah-Jeanne Royer, a post-doctoral scholar in the Center for Microbial Oceanography: Research and Education (C-MORE) at the time of this investigation. "With time, these defects increase the surface area available for further photo-chemical degradation and therefore contribute to an acceleration of the rate of gas production."

It is also known that smaller particles, termed 'microplastics,' are eventually produced in the environment and may further accelerate gas production.

"Plastic represents a source of climate-relevant trace gases that is expected to increase as more plastic is produced and accumulated in the environment," said David Karl, senior author on the study and SOEST professor with C-MORE. "This source is not yet budgeted for when assessing global methane and ethylene cycles, and may be significant."

"Considering the amounts of plastic washing ashore on our coastlines and the amount of plastic exposed to ambient conditions, our finding provides further evidence that we need to stop plastic production at the source, especially single use plastic," said Royer.

Now, Royer is working to develop estimates of the amount of plastic exposed to the environment in oceanic and terrestrial regions, globally, in order to constrain the overall greenhouse gas emissions from plastics. 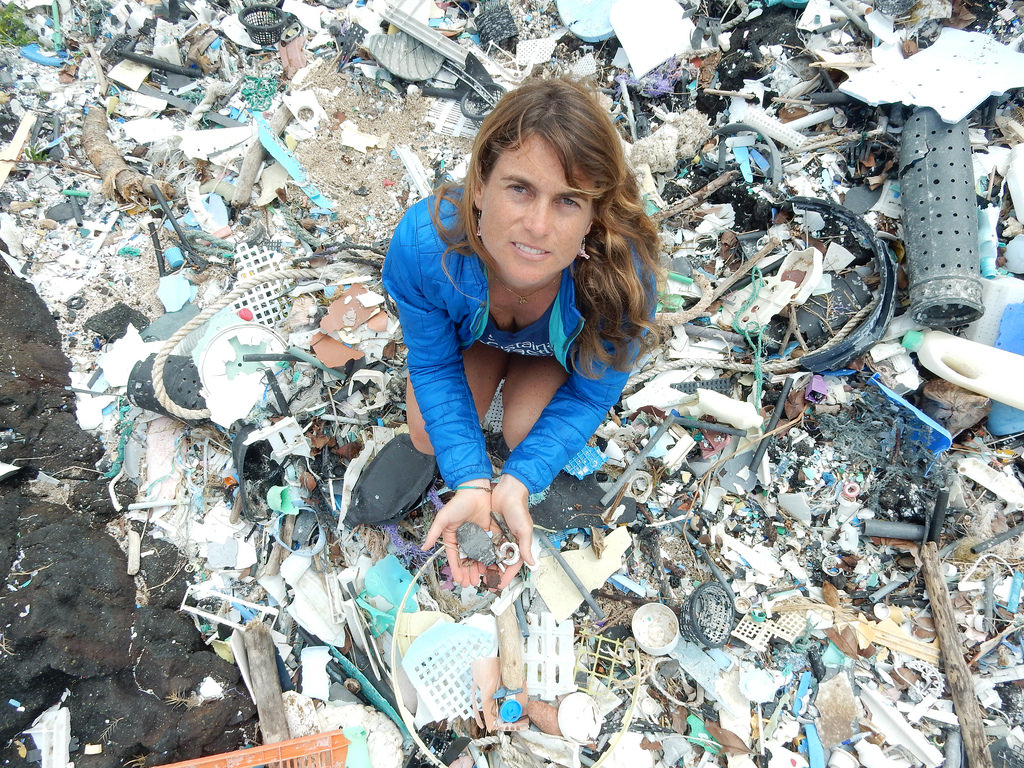 This is Dr. Sarah-Jeanne Royer holding microplastics at Kamilo Point on Big Island on Feb. 14, 2018. (University of Hawaii at Manoa School of Ocean and Earth Science and Technology)

(Source: University of Hawaii at Manoa)