A portion of the vast Washington state site where the U.S. government created much of the plutonium for the nation's nuclear arsenal will be scrubbed free of radiation and other pollution under a final plan reached by the U.S. Department of Energy and federal and state regulators.

A portion of the vast Washington state site where the U.S. government created much of the plutonium for the nation's nuclear arsenal will be scrubbed free of radiation and other pollution under a final plan reached by the U.S. Department of Energy and federal and state regulators.

The plan announced Monday would spend $200 million to finish the cleanup of nearly 8 square miles (20 square kilometers) of the 586-square-mile (1,500-square-kilometer) Hanford Nuclear Reservation, where plutonium was made for nuclear weapons during World War II and the Cold War.

The land involved in the plan contains three of Hanford's nine plutonium reactors.

The decision means the land will be returned "to productive reuse for the benefit of the health and livelihood of surrounding communities," said Andrew Wheeler, acting administrator of the U.S. Environmental Protection Agency. Wheeler has been running the agency since the recent resignation of EPA administrator Scott Pruitt.

The plan calls for removal, treatment, and disposal of contaminated soil and debris. Groundwater will be cleaned up to drinking water standards and waste sites cleaned up to "suitable for residential use" levels, according to the agreement. There are no plans to build any houses on the site, which has been closed to the public since World War II.

The plan covers just a small portion of Hanford, which is the subject of a long and complicated cleanup that costs the U.S. government some $2 billion a year and is expected to last for many decades. Hanford is located near Richland, Washington.

The deal was struck between the Energy Department, the Environmental Protection Agency, and the Washington state Department of Ecology.

The land is adjacent to the Columbia River, where Hanford's nine water-cooled plutonium reactors were constructed from 1943-1963.

The reactors, which ceased operations decades ago, disposed of cooling water and solid waste in hundreds of waste sites, trenches, underground drain fields, ponds, and burial grounds. Besides that contamination, leaks from the reactors led to soil and groundwater contamination.

The cleanup of the land is important for the health of the river, said Dan Serres of Columbia Riverkeeper, a conservation group.

"This is the best mainstream spawning habitat for chinook salmon in the entire Columbia River system," Serres said

The EPA said the waste sites identified in the plan should be cleaned up in the next two years. But it will take four decades for radioactive groundwater in the area to naturally decay until it meets drinking water standards, the agency said. The groundwater contains radioactive strontium 90, which can cause bone cancer and leukemia.

"We are not big fans of that," Tom Carpenter of the watchdog group Hanford Challenge said of leaving the strontium 90 in the groundwater.

The plutonium reactors have been torn down to little more than their radioactive cores, which have been sealed and reroofed. Plans call for leaving them in place for 75 years as radioactive decay occurs, making eventual demolition safer for workers.

A similar decision was approved earlier for an area around another Hanford reactor. The cleanup of land around the site's remaining five reactors will be addressed in future agreements, the EPA said. 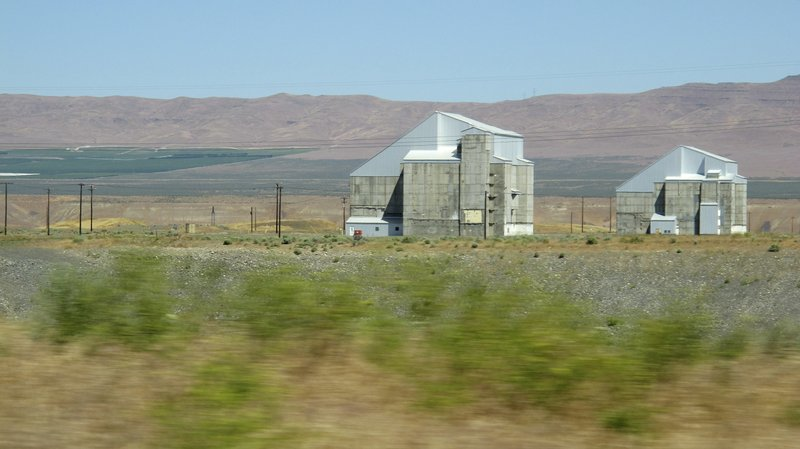 This June 13, 2017 file photo shows two decommissioned plutonium-producing reactors on the Hanford Nuclear Reservation near Richland, Wash. The land where the federal government created some of the plutonium for nuclear weapons will be so cleaned of radiation and other pollution that it could be used for homes in the future. The plan announced Monday, July 30, 2018, would spend $200 million to clean up 7.8 square miles in a portion of Hanford called the 100 Area D and H areas. (AP Photo/Nicholas K. Geranios)