Mexico's state-run oil company said a fire Tuesday at one of its refineries has injured eight people. 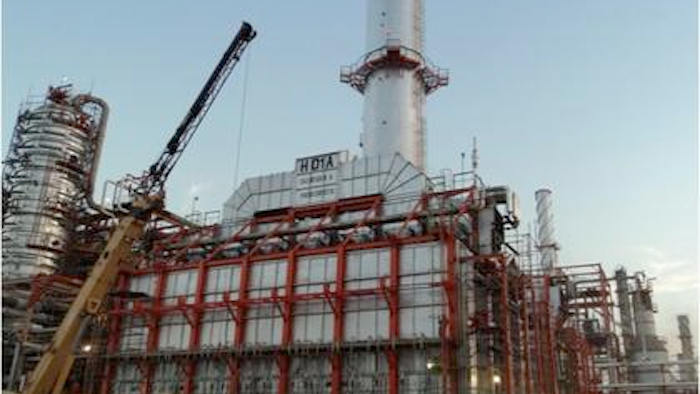 MEXICO CITY (AP) — Mexico's state-run oil company said a fire Tuesday at one of its refineries has injured eight people.

Petroleos Mexicanos said in a statement that its firefighters had controlled the blaze at the Antonio Dovali Jaime refinery in the southern state of Oaxaca. It said none of the injuries to two Pemex workers and six contractors was serious.

The company said it was investigating the cause, but that the supply of petroleum products was guaranteed.

It was a day of bad news for Pemex, as the company is known.

It placed a negative outlook on the company's ratings, in the face of continued low oil prices, falling production, high taxes and an expected deterioration of its credit situation.

Pemex responded Tuesday, saying in a statement that it had taken steps to reduce costs, including raising the minimum age for full-wage retirement for its workers from 55 to 60 years.