The company was accused of ordering workers to pour toxic sludge and brine containing diesel oil, benzene, toluene, barium and chlorides into a storm sewer that reached a Mahoning River tributary. 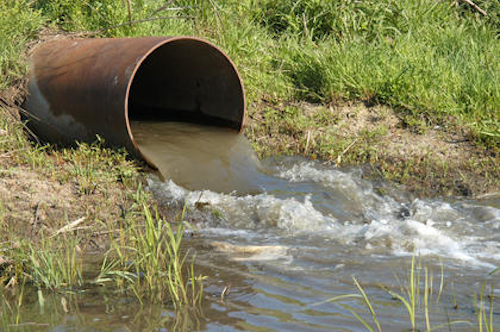 CLEVELAND (AP) — A northeast Ohio company has pleaded guilty to a federal charge related to the illegal dumping of wastewater from gas and oil drilling into a storm sewer 33 times between October 2012 and January 2013.

A judge on Thursday fined the company $75,000 and ordered it to pay $25,000 to be split between Friends of the Mahoning River and Midwest Environmental Enforcement Association.

Company owner Ben Lupo of Poland, Ohio, pleaded guilty in March 2014 to a federal dumping charge and was sentenced to 28 months in prison in August.

Lupo was accused of ordering workers to pour toxic sludge and brine containing diesel oil, benzene, toluene, barium and chlorides into a storm sewer that reached a Mahoning River tributary.

A company attorney did not return telephone messages Thursday.