Cyprus police say a trial date has been set for a Lebanese-Canadian man who was arrested in connection with the seizure of more than five tons of a chemical compound that can be converted into an explosive. 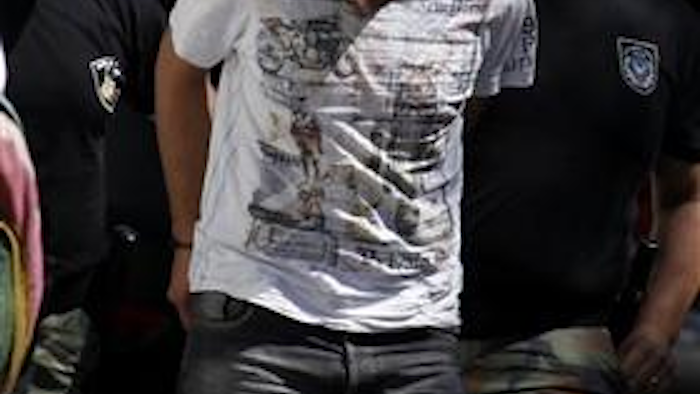 NICOSIA, Cyprus (AP) — Cyprus police say a trial date has been set for a Lebanese-Canadian man who was arrested in connection with the seizure of more than five tons of a chemical compound that can be converted into an explosive.

Police spokesman Charalambos Zachariou told the AP Friday that the 26-year-old suspect will enter a plea June 29 to 16 changes including participation in and providing support to a terrorist organization and possession of explosives.

The suspect, whose name hasn't been officially disclosed, was arrested last month after police discovered the ammonium nitrate while raiding the Larnaca-area house where he was staying.

Authorities are investigating the suspect's possible links to the anti-Israeli group Hezbollah.

Zachariou said 70 witnesses will testify for the prosecution.