A team of Navy SEALs has taken control of a stateless oil tanker seized earlier in the month by Libyan rebels, the Pentagon said Monday. 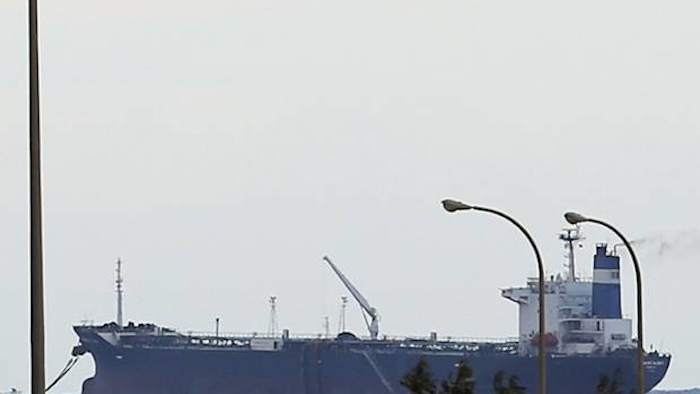 WASHINGTON (AP) — A team of Navy SEALs has taken control of a stateless oil tanker seized earlier in the month by Libyan rebels, the Pentagon said Monday.

The SEALs boarded the tanker Morning Glory late Sunday in international waters in the Mediterranean Sea near Cyprus. Rear Adm. John Kirby said no one was injured in the operation, which was approved by President Barack Obama.

The vessel, whose ownership remains a mystery, was carrying stolen Libyan crude oil from the port of Al-Sidra. Libyan officials had ordered the tanker confiscated, but it managed to escape.

The Pentagon said the Morning Glory will return to Libya under the control of sailors from the USS Stout. It was not clear which Libyan port the vessel was sailing for.

The Cyprus Foreign Ministry said in a statement Monday that the tanker was in international waters off the east Mediterranean island's southern coast since Saturday and that it was being monitored by Cypriot vessels.

The ministry said the tanker was at anchor some 18 nautical miles south of the coastal town of Limassol when U.S. special forces took control and was now sailing "in a westward direction" under escort from U.S. Navy ships.

The Morning Glory previously sailed under a North Korean flag, but North Korea says it has nothing to do with the ship.