A contractor has struck oil at Indiana State University's campus, but it could be a while before school officials know how much it is worth. 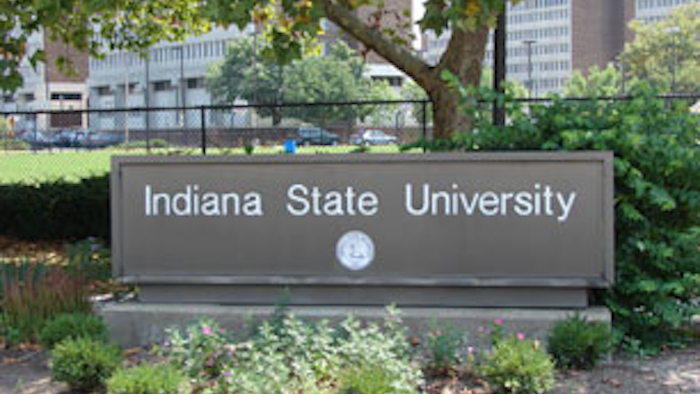 TERRE HAUTE, Ind. (AP) — A contractor has struck oil at Indiana State University's campus, but it could be a while before school officials know how much it is worth.

A crew from Pioneer Oil of Lawrenceville, Illinois, began drilling work in December on a former industrial site owned by the university just east of the downtown Terre Haute campus.

"We're a month or two out before we know exactly what the production level might be, but they are certainly well underway," McKee said. "In fact, they are likely to be drilling a second well at the same site sometime later this summer."

University President Dan Bradley presented Board of Trustees members with commemorative jars filled with the crude oil during a board meeting Friday, the Tribune-Star reported.

Numerous other oil wells have sprung into operation around Terre Haute since the 2011 discovery of oil on property near the western Indiana city belonging to the owners of the Indianapolis Motor Speedway.

Indiana State has previously capped old wells around campus that date back to the 1920s or earlier.

McKee said the contractors were using a vapor recovery system to prevent oil odors from reaching the 12,000-student campus.

The university's agreement with Pioneer Oil calls for royalty payments of at least 15 percent for all oil products that are produced. Proceeds will be placed in a dedicated fund for maintenance and capital improvement projects.

Bradley, who has bachelor's and master's degrees in petroleum engineering, said the crude oil found in the initial drilling is good quality.

"In the testing they've done, they're very happy with the results and feel that they're going to make some money on it," he said.