North Dakota has the country's highest death rate for workers in the oil, gas and mining sector, at more than six times the national average, and an even higher rate among construction workers, according to a new report from the nation's largest labor union. 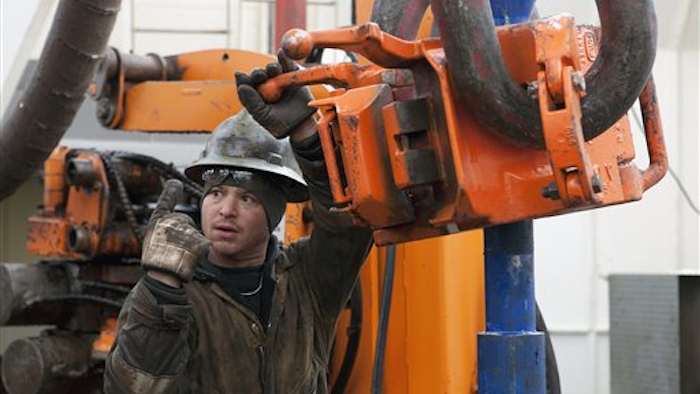 WILLISTON, N.D. (AP) — North Dakota has the country's highest death rate for workers in the oil, gas and mining sector, at more than six times the national average, and an even higher rate among construction workers, according to a new report from the nation's largest labor union.

And at 97.4 deaths per 100,000 workers, the state's construction fatality rate was nearly 10 times the national rate for that industry, according to the report.

"North Dakota stands out as an exceptionally dangerous and deadly place to work," the report said.

Scott Overson, assistant area director at Occupational Safety and Health Administration's Bismarck office, said his agency has seen a "significant increase" in the number of fatalities in the oil fields or related to the industry in the past five to six years in North Dakota, which is now the second-highest oil-producing state in the country.

"Of course construction correlates along with that, obviously with the big influx of companies and workers, infrastructure has to go on as well, which is going to increase construction activities," he said Monday.

North Dakota's oil production is second to Texas, which had an overall worker death rate of just 4.8 fatalities per 100,000 employees. In the oil, gas and mining sector, Texas had 16.6 deaths per 100,000 employees. Because North Dakota has one of the lowest populations in the country, each death contributes significantly more to its worker death rate.

Many of North Dakota's worker deaths have occurred on the state's roads, which have seen increased traffic with the oil boom. Forty of the 65 fatal worker injuries in North Dakota in 2012 involved transportation incidents, according to the Bureau of Labor Statistics.

House Minority Leader Kenton Onstad, a Parshall Democrat whose district is in the heart of the oil patch, said oil companies and contractors must do more to identify the reasons behind the high death rate. Contributing factors could be inexperience among new workers, he said.

Kari Cutting, vice president of the North Dakota Petroleum Council, a lobbying group for oil companies, emphasized that transportation accidents were behind the high worker death rate in the industry.

"The infrastructure is so behind the industry itself that it'll take years to catch up," Onstad said.