A triple-layer structure in lithium batteries could make them more stable and more efficient. 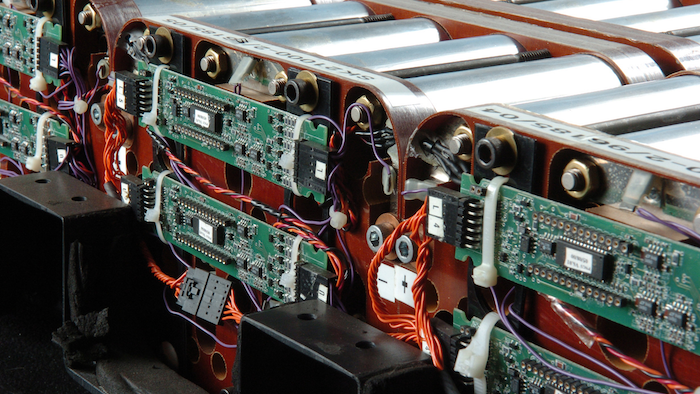 A triple-layer structure in lithium batteries could make them more stable and more efficient.

Researchers at the Columbia University School of Engineering and Applied Science published their new method to increase the energy density of lithium batteries in the journal Nano Letters on Oct. 24.

"When lithium batteries are charged the first time, they lose anywhere from 5-20 percent energy in that first cycle," said Yuan Yang, the assistant professor of materials science and engineering who developed the method. "Through our design, we've been able to gain back this loss, and we think our method has great potential to increase the operation time of batteries for portable electronics and electrical vehicles."

The trilayer method makes the battery design stable in ambient air, which cuts down on that initial loss. In the past, lithium-rich materials have been used in electrodes to compensate, but these aren’t stable in ambient air. This also cuts down on the cost of manufacture, because working in a controlled environment with air containing no moisture at all adds preparation costs.

The trilayer structure protects the lithium layer from interacting with air or moisture. In order to fabricate the trilayer electrode, the lithium is coated with a layer of the polymer PMMA. The PMA is then coated with active materials used in the battery, such as artificial graphite or silicon nanoparticles. Once it’s placed in the battery electrolyte, the PMMA layer dissolves, allowing the lithium to be exposed to the electrode materials. This prevents the unstable lithium from touching the moist air.

The researchers have found that this method lowers loss capacity from 8 to 0.3 percent in modern graphite electrodes, and from 13 percent to -15 percent in silicon electrodes. Sometimes more lithium than needed is exposed to the battery, which is where the -15 percent figure comes from. However, this excessive lithium can also be used to make up for capacity loss as the battery is used.

Yang and his research team are now working on making a smaller version, shrinking the polymer coating so that it can take up less space in the battery.

"This way we were able to avoid any contact with air between unstable lithium and a lithiated electrode," Yang said, "so the trilayer-structured electrode can be operated in ambient air. This could be an attractive advance towards mass production of lithiated battery electrodes."