How Fracking Has Helped Drain Profits From Plastics Recycling

The past couple of years of relatively cheap crude oil and natural gas have upended the industry with the greenest image: recycling. 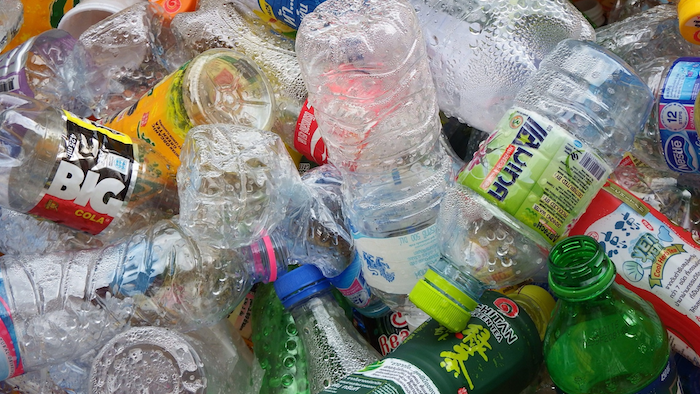 The past couple of years of relatively cheap crude oil and natural gas have upended the industry with the greenest image: recycling.

Yes, it’s still an advantage for many businesses and municipalities to recycle rather than have the junk hauled to a landfill.

But only a few years ago, there was plenty of cash in reselling that trash — paper, plastics and metal — to provide a nice profit for the recycling companies and give back money to the cities and companies producing the waste.

No longer. And if that doesn’t turn around, it may mean some people will pay relatively more for trash pickup than if the market for recycling were better.

The problem is not only about the cheap oil and gas made possible by fracking in America’s shale fields, and particularly in Texas. It’s also linked to a slump in the world demand for raw materials.

A used plastic water bottle that once might have been turned into a few threads of polyester in a pair of Chinese-made jeans, woven into a carpet or been part of another bottle is now struggling to find a new home.

Nationwide, about 200 of more than 7,000 scrap recycling companies have gone belly-up over the past couple of years, said Joe Pickard, chief economist for the Institute of Scrap Recycling Industries. Many others have throttled back operations, he said.

“The price volatility makes it really hard for our guys to do business,” he said.

Houston-based Waste Management is the largest trash-collecting company in America. About 10 percent of its business is recycling. And most of that has been what’s called “single-stream” — when a many kinds of potentially reusable material are dumped together, like in the household blue bins.

The company issued its second-quarter earnings report this week. Recycling revenues were down about $5 million from a year ago. In the past year, Waste Management has renegotiated or lost contracts in many cities. Houston and Dallas both switched companies.

And the commodities market has gotten no better since then. Two years ago, the price of domestic crude oil was above $100 a barrel. It was hanging around $42 a barrel this week.

Natural gas, an even more important precursor to a lot of plastic, was trading at about $4.80 per million BTU two years ago at the Henry Hub in Louisiana. The most recent price was around $2.80.

“Our customers are telling us it is cheaper to buy virgin material than recycled content,” Bell said this week.

Even the metals market has been crunched by the slump in oil prices. A significant part of supply and demand for some metals comes from the drilling fields. And the number of rigs in operation remains near historic lows in much of the United States.

Across the board, as recycling companies work through new contracts, these new economic realities are getting baked in. So cities and companies that once expected a significant return on their waste stream are getting less — or even facing the possibility of paying fees.

The long slump in oil and gas isn’t all bad for recyclers, said Chaz Miller, director for policy and advocacy for the National Waste and Recycling Association.

“It’s a Hobson’s choice,” he said. “You aren’t upset at paying less for your truck fuel.”

Like many companies in the oil patch, too many recycling companies got too used to high prices for their materials, he said.

“What we are seeing, bluntly, is a lot of companies forgot that recyclables are commodities,” he said.

Count Dallas-based Texas Recycling as one company that got the message early about being more efficient.

Unlike Waste Management, the family-owned company only takes in post-commercial, already separated materials: Truckloads of plastic arrive relatively uncontaminated with paper; loads of plastic have little metal to pull out. A huge pile of cans needs only to be loaded into the monstrous baling machine to be ready for re-sale.

But the downturn in prices has meant the company had needed to be more selective with the kinds of materials it takes in. Some grades of plastic the company once accepted are now virtually unmarketable, said Kathy DeLano, who handles the plastics end of the business.

Last year, the company moved from several buildings to what was once a Ford plant. That made processing cheaper, company President Joel Litman said. Which helps with the bottom line in an otherwise tough market.

Paradoxically, there’s little indication that the amount of material being recycled has dropped much over the past couple of years, if any. Getting recent data is tough: The EPA’s newest numbers are more than 2 years old. But since much of what’s recycled is from individuals who are doing it for environmental motives, the downturn in scrap prices doesn’t affect that, experts say.

So that leaves municipalities with the challenge of finding ways to get rid of the the material in an environmentally responsible manner. Which means recycling business can cut their paybacks or even charge fees to take some kinds of trash.

Like people in the oil and gas business, leaders of this industry talk hopefully about an eventual return to higher prices. But that may be more hope than reality, said Waste Management’s Bell.

“We don’t think we will see the return levels we saw in 2011,” he said. “We think the world looks differently now and will look differently in the future. We are preparing our customers for that future.”