For the first time ever, scientists have intentionally uncovered a major helium field. 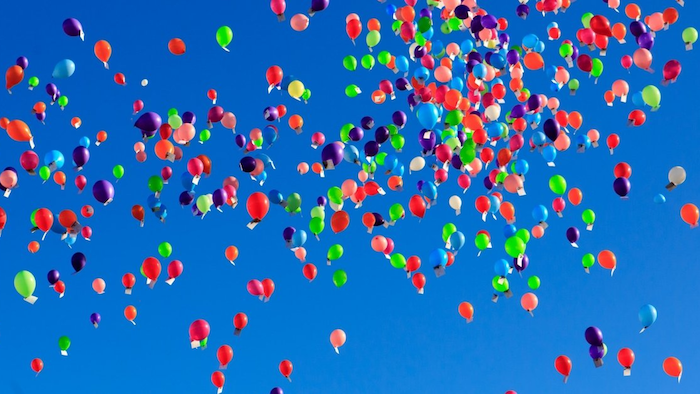 The scientific community has been abuzz for years that the earth is running out of helium. Though it is one of the most abundant resources in the universe, helium is in limited supply on earth. And once it’s extracted and used, it’s gone forever.

Helium is a rare and vital commodity with many uses including industrial leak detection and deep sea diving equipment. Liquid helium is also used as a coolant for rocket fuel and as a superconductor for magnets in MRI machines. Plus, kids love it at parties.

Because our stockpile of helium has been dwindling at the National Helium Reserve in Texas, with no known new helium gas fields to extract it from, concerns have mounted that the days of floaty party balloons could soon be ending. Recently, scientists made a major discovery that could change that.

For the first time, researchers have pinpointed a giant helium gas field. Usually, helium is discovered accidentally when extracting oil and gas. Up until this point, scientists had never intentionally located a helium field. But the discovery was made after a team from the University of Oxford and Durham University collaborated with a Norwegian helium exploration company, Helium One, and set out to see if it could be done.

After studying literature from the 1960s reporting that nitrogen- and helium-rich gasses were bubbling out of the ground in parts of Tanzania, the team sent a researcher to the area to collect samples that could be analyzed. Sure enough, the gases coming from the ground were composed almost entirely of nitrogen and helium.

The team also found that the field — located in Tanzania’s East African Rift Valley — is the perfect geological environment for housing a helium field. Because of volcanic activity deep underground, the researchers believe helium is being released from ancient rocks and trapped.

The researchers estimate that the field could be holding as much as 54 billion cubic feet of helium, which is more than twice the amount being currently held in the U.S. If correct, the field could help supply the world’s helium for generations to come.

Assuming the detection methods are accurate, the team says the next step will be finding the best place to extract the gas. They also hope that the discovery could potentially lead to scientists uncovering more helium fields.

"This is a game-changer for the future security of society's helium needs and similar finds in the future may not be far away," professor Chris Ballentine, of the Department of Earth Sciences at the University of Oxford, said.