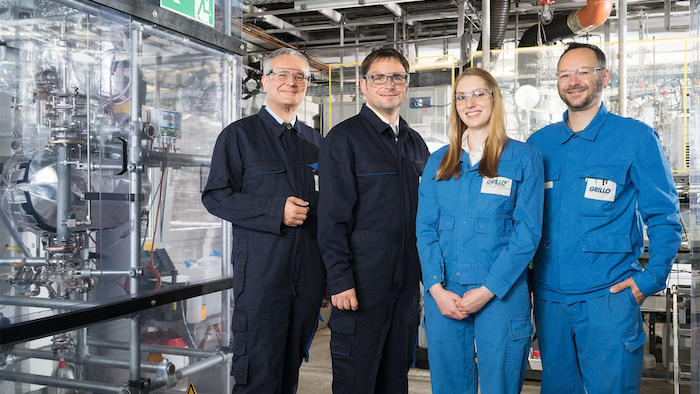 Methane, a major byproduct of natural gas production, is one of the world’s most abundant hydrocarbons. Because it is alo a potent greenhouse gas, it is also a flashpoint in the debate around fracking.

Some methane is used in a stream reforming, which is used in fuel cells and making ammonia for fertilizers. But the oil and gas industry still burns away about $50 million of methane every year in gas flares. Scientists and the chemicals industry have been conducting research to find ways of making good use of methane in other chemicals. Just a few months ago, a team of chemists at the University of Pennsylvania announced that they had succeeded in turning methane into chemical building blocks.

Now, Grillo says it will be able to scale up its process for mass production by 2019.

According to the company, Grillo’s Chemicals Division handled the issue of methane’s limited reactivity by using a tailored reaction environment and specific activators. The company’s process, called Grillo-Methane-Sulfonation, is reportedly based on gas and sulfur trioxide (SO3) as feedstocks.

The company says the process is free from environmentally problematic byproducts.

MSA is used in a variety of products from electroplating, electronics and industrial cleaning to pharmaceuticals.