Things to Know: Families Claim Against USDA Over Pesticide

Two Idaho families seeking relief from the U.S. Department of Agriculture over pesticide that contaminated their fields must now consider their next steps after the agency rejected their claims. 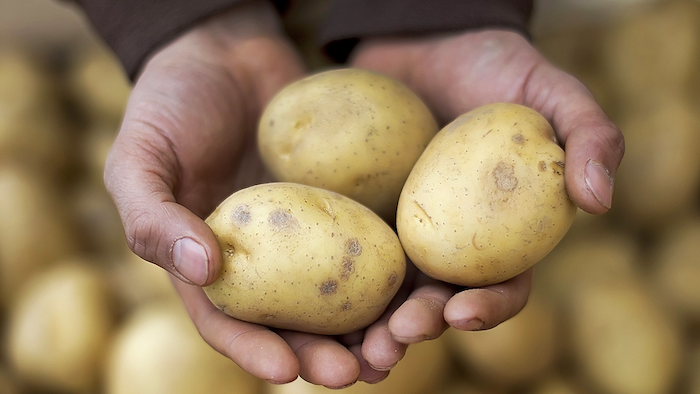 BOISE, Idaho (AP) — Two Idaho families seeking relief from the U.S. Department of Agriculture over pesticide that contaminated their fields must now consider their next steps after the agency rejected their claims.

Here's a look at their support and the pesticide, methyl bromide, which was used to eradicate a pest threatening Idaho's $900 million dollar potato industry.

Gov. C. L. "Butch" Otter wrote a letter to the U.S. Secretary of Agriculture, urging for a quick resolution to the tort claim file by the two families. Otter told Sec. Thomas Vilsack, in the Feb. 29 letter that the two families are not at fault for the damages and debts they have incurred by allowing the USDA to treat the fields.

"The families did so in good faith and with the expectation that these treatments would do no harm to their operations or livelihoods," he wrote. "Instead they now face huge losses, including dead cattle and nearly 2,500 tons of hay that is unsafe for feed or sale."

He also called federal agencies on the carpet, saying the agencies were blaming each other and ignoring the problem, hoping it would just disappear.

"However, two families in serious financial distress don't have the luxury of looking the other way or hoping someone else will resolve the matter," he wrote. "Action is needed immediately, and only resolution of these damages will make them whole."

According to an article in the Journal of the American Veterinary Medical Association, cattle, horses and goats suffered symptoms similar to those seen in Idaho after being fed oat hay contaminated by methyl bromide in California's Napa Valley in 1973.

"Ignorance of side effects and misuse of chemicals can have devastating consequences," the authors wrote. "The incidents reported here emphasize the problems that can occur with the use of one such chemical, methyl bromide."

Due to a "breakdown in communication" between state and county agencies, that toxic hay remained on the market throughout the summer and into the fall of that year, the authors noted.

Specifically, ISDA is seeking more answers about potential broader impacts of the treatment. In a memorandum dated Sept. 23, 2015, ISDA Director Celia Gould questioned the widespread use of the pesticide, including its impact on food, groundwater and animal products.

Meanwhile, the USDA has given the family until Sept. 3 to file a lawsuit against them.