How Chemicals From a Tree Might Save The World

The fact that cedars last for a long time and that they are fragrant is not exactly a coincidence, because it is the aromas that give away their secret to long life — a powerful set of terpene chemicals they protect themselves with. 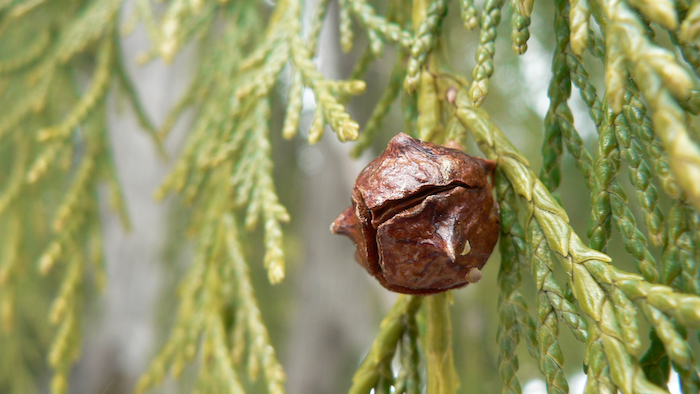 Any Pacific Northwesterner of the old school grew up with the scent of Nootka cypress and Western Red Cedar in the nostrils. The people of that part of the world were raised to regard red and yellow cedar as “the wood that lasts”. Blocks of cedar were employed to ward off moths and other bichitos that might wander in from the cold. Family treasures were stashed in cedar chests. Cedar is the scent of safety and preservation, there.

Amongst the cedar family, perhaps none is prized for its workability and durability as Alaska yellow cedar, also known as Nootka cypress. As Bear Creek Lumber explains:

Alaska yellow cedar is the hardest known cedar in the world. Prized by boat builders, it has exceptional resistance to weather and insects as well as easy workability. First used by the West Coast Indians for their historic Totem Poles and great war canoes, it is a rare and often difficult to find lumber species. Its durability and ease of tooling makes it readily adaptable for the construction and finishing of homes, schools, factories, churches, recreational centers and a variety of commercial and industrial uses. It grows in a band from Southern Alaska to Southern Oregon. It is one of the slowest growing trees in North America and includes trees that are 700-1200 years old.

Here, you can see it employed at the National Shipbuilding Company’s works along the shores of Lake Washington back in 1918. 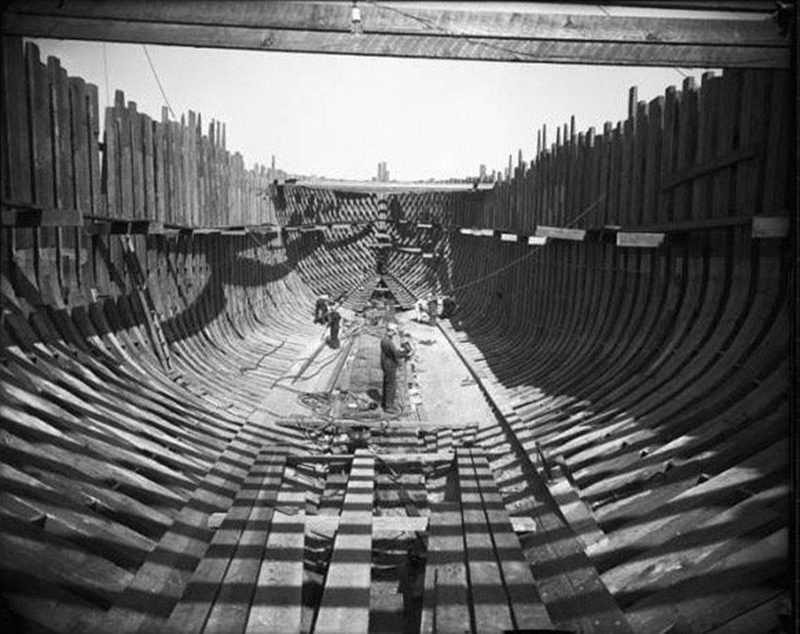 Now, the fact that cedars last for a long, long time and that they are fragrant is not exactly a coincidence, because it is the fragrances of cedar that are the aromas that give away their secret to long life — a powerful set of terpene chemicals they protect themselves with.

Recently, the US Centers for Disease Control and Prevention have concluded that one of those powerful chemicals, unsurprisingly called nootkatone, both repels and kills the yellow fever mosquito, Aedes aegypti, and the black-legged tick, and Ixodes scapularis which transmits Lyme disease.

All of which makes it a near-magical coincidence that, outside the US National Library of Medicine in Bethesda, Maryland, the world’s largest medical library, there stands a cedar totem as a symbol of healing and harmony with nature.

Further, nootkatone appears to have a mode of action distinct from that of currently used pesticides and therefore could potentially be valuable for mitigating pesticide resistance in mosquito vectors.

Brilliantly useful, yes. But as Bear Creek points out, “rare and often difficult to find” and “one of the slowest growing trees in North America.”

So, there are three other ways to get a hold of nootkatone:

Evolva announced just recently that it is expanding its nootkatone research focus to include the mosquitoes that transmit Zika and other viruses. This expanded focus is included in the comprehensive Cooperative Research and Development Agreement now in place between Evolva and the CDC. The World Health Organization recently declared Zika virus a global public health emergency. Nootkatone could play an important role in the global response to the spread of Zika.

And, Evolva has just signed a license agreement with the US Centers for Disease Control and Prevention that grants the exclusive worldwide patent rights to develop and commercialize nootkatone for the control of ticks, mosquitoes, fleas, flies, lice, bed bugs, and other biting insects.

“We now have the tools in place to accelerate the research and commercial development of nootkatone as a next-generation pest control compound against a broad range of biting insects, including the mosquitoes that transmit Zika, chikungunya, dengue, and West Nile viruses,” said Evolva CEO Neil Goldsmith.

What else can you make?

What else can you make from nootkatone? It’s a terpene, you can burn it as a high-performance jet fuel that extends the range of military jets by 10 percent or more — which is about the most cost-effective range-extender ever developed — you can use it as a flavor or fragrance. One of these days, as the cost comes down and the technology develops to truly industrialize the terpenes, who knows what novel chemical applications we will find for these complex and important molecules.

For now, saving the world from the Zika virus is a pretty important mission — and when you say a good thing about or cast a vote for industrial biotechnology, remember all those lives that will be gained that might have been lost.

Jim Lane is the editor of BiofuelsDigest