Dow Chemical CEO Andrew Liveris recently made an appearance at a business breakfast in Perth, Australia. Unsurprisingly, the subject of the American presidential race came up. 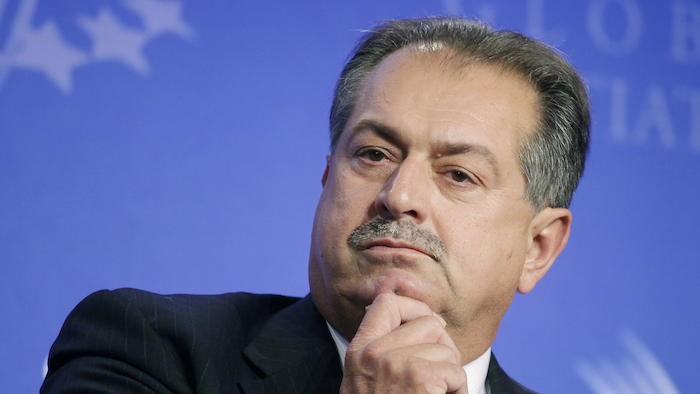 Dow Chemical CEO Andrew Liveris recently made an appearance at a business breakfast in Perth, Australia. Liveris is one of the most prominent Australian-born business leaders in the world and has led Dow Chemical for more than 10 years.

The subject of the American presidential campaign came up during his talk and apparently, when it comes to Donald Trump, Liveris is not a fan.

To explain the traction of Trump’s popularity, Liveris referred to how other successful candidates in history were able to conquer the medium of their day — Abraham Lincoln was an excellent writer, President Barak Obama was great at social media, etc. For Trump, Liveris’ comparison was less flattering.

“And now the presidential cycle is bringing us ‘the Kardashian presidency,’” he said. “"I am not sure how big it is in Australia, but reality TV has taken over what most Americans see and most people are disaffected with Washington and Wall Street, and a lot of things like that and they look at reality TV and they imagine that life, and I think Donald Trump is an incredible marketer of the fantasy of what could be.”

Liveris also said that the global business community was “aghast” at the rise of Trump and his success in recent GOP primaries.

“There is somewhere between fear, being very fearful and being totally aghast expressions coming from foreign audiences,” Liveris said.

Liveris has long had ties to prominent Democrats in Washington. He is reportedly a close friend of Hillary and Bill Clinton and has been a big contributor to the Clinton Global Initiative. He also currently sits on a council that advices President Obama.

Perhaps unsurprisingly then, he predicted that Hillary Clinton will win the presidency in November.

In addition to American politics, Liveris’ talk also focused on transforming energy policy in Australia. Specifically he encouraged government policies to back the supply of low-priced energy to advanced manufacturers. Instead of burning gas, he said petrochemicals would have a great economic impact if they were converted into products such as hi-tech materials.

“Energy-rich countries like Canada and others around the world … have been very successful in taking advantage of that multiplier and in fact taking ­advantage of the job creation that comes with it,” Liveris added. “For every job in the energy sector, eight jobs are created around it in the supply chains when you value-add…This is a no-brainer.”