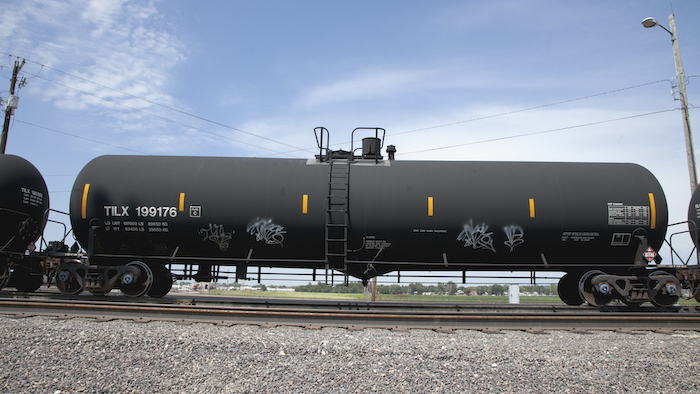 The Association of American Railroads said Wednesday 410,249 carloads of crude oil were carried across the United States last year. That's down from 493,126 carloads in 2014.

But the number of crude oil carloads remains well above the 9,500 carloads railroads hauled in 2008 before the boom took off in the Bakken region of North Dakota and Montana.

Oil prices have been hovering around $30 per barrel instead of the prices above $100 that were common a couple years ago.

Tank cars of crude oil have been involved in several fiery derailments in recent years. The worst one killed 47 people in 2013 and heavily damaged the Canadian town of Lac Megantic, Quebec.