On this day in 1984, tragedy struck Bhopal, India after an explosion at a local pesticide plant released toxic gas throughout the city. An estimated 2,000 people were killed and approximately 200,000 were injured as a result of the accident. 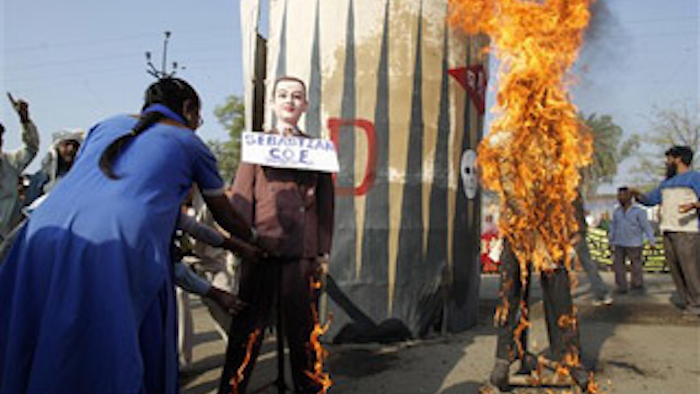 On this day in 1984, tragedy struck Bhopal, India after an explosion at a local pesticide plant released toxic gas throughout the city. An estimated 2,000 people were killed and approximately 200,000 were injured as a result of the accident.

Workers at the Union Carbide pesticide plant had been making Sevin, a pesticide with the chemical methyl isocyanate (MIC). The night of December 2, when nitrogen was used to extract the MIC from the 15,000-gallon tanks, the process began to fail, leaking both chemicals. Gauges reflected dangerous pressure levels, but workers believed the equipment was simply malfunctioning and did nothing.

Just after midnight, an explosion burst in the plant. Though some measures were taken to try to stop the toxic gas from spreading, none were successful — the water from the firefighters was futile and the “vent gas scrubber” meant to stop the gas was ineffective.

A number of poor responses from both workers and citizens worsened the situation. The emergency bus drivers took off and the plant workers didn’t communicate with local authorities in a timely manner. Furthermore, residents near the plant heard alarms but ignored them due to the frequent nature of the alarms and medical officials failed to inform people about the most simple and effective treatment — a wet cloth over the face.

Immediately following the disaster, the plant was closed and Union Carbide officials who had arrived were arrested upon suspicion of negligence, but none were convicted. Critics later said that the plant, which was located in a “particularly poor area” of the city, likely had many issues with an extreme lack of safety practices and insufficient maintenance.