Is it a chemophobe conspiracy or a potential new breakthrough in the race to stop microcephaly? 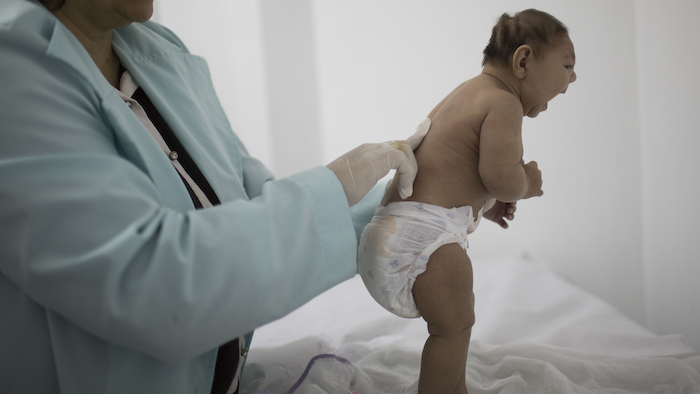 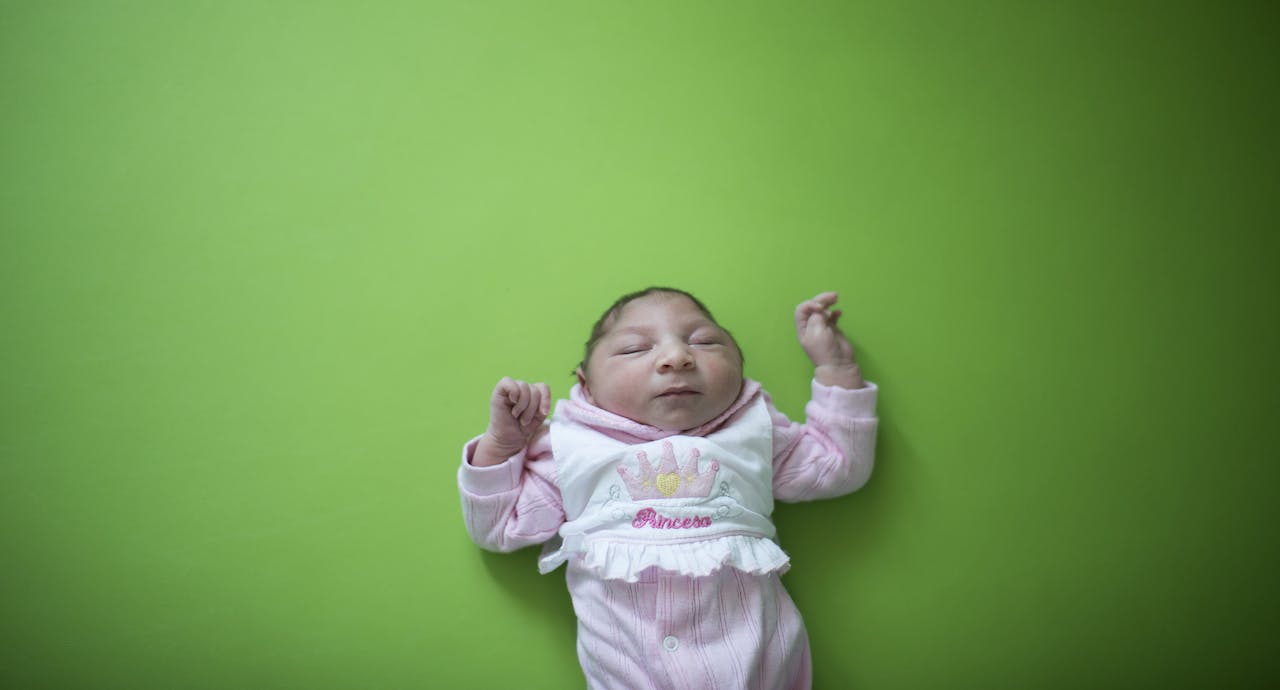 Sophia, who is two weeks old and was born with microcephaly, sleeps before her physical therapy session at the Pedro I hospital in Campina Grande, Paraiba state, Brazil, Friday, Feb. 12, 2016. The Zika virus, spread by the Aedes aegypti mosquito, is suspected to be linked with occurrences of microcephaly in new born babies, but no link has been proven yet. (AP Photo/Felipe Dana)

Over the weekend, a new theory to explain the spread of microcephaly — the devastating disorder that causes babies to be born with unnaturally small skulls and brains —  bubbled to the surface all over the internet. According to a group of physicians, researchers following the trail of microcephaly to the Zika virus have been barking up the wrong tree. The real culprit? Chemicals! Pesticides! Monsanto!

Here’s what happened: An Argentinian group called the Physicians in Crop-Sprayed Towns (PCST) released a report suggesting that the rise in microcephaly has coincided with the use of pyriproxyfen, a larvicide that was injected into water supplies by a government-led program in Brazil in order to keep mosquito larvae from developing in drinking water tanks.

“In the area where most sick persons live, a chemical larvicide producing malformations in mosquitoes has been applied for 18 months, and that this poison (pyriproxifen) is applied by the State on drinking water used by the affected population," the report stated.

"Malformations detected in thousands of children from pregnant women living in areas where the Brazilian state added pyriproxyfen to drinking water is not a coincidence," the doctors added, pointing out that Columbia has the second highest incident of Zika, but hasn’t used pyriproxifen and hasn’t had the same incidence of microcephaly.

Even more damning: The group said the chemical was manufactured by Sumitomo Chemical Company, a Japanese company PCST said is a “subsidiary of Monsanto.”

Naturally, the idea that a chemical related to Monsanto was causing widespread harm was too irresistible for many environmentalists to ignore, and headlines like “Zika Hoax Claim: Virus NOT Shrinking Tot’s Heads — And Doctors May Have Found The ‘Real Cause’” starting making the rounds online. 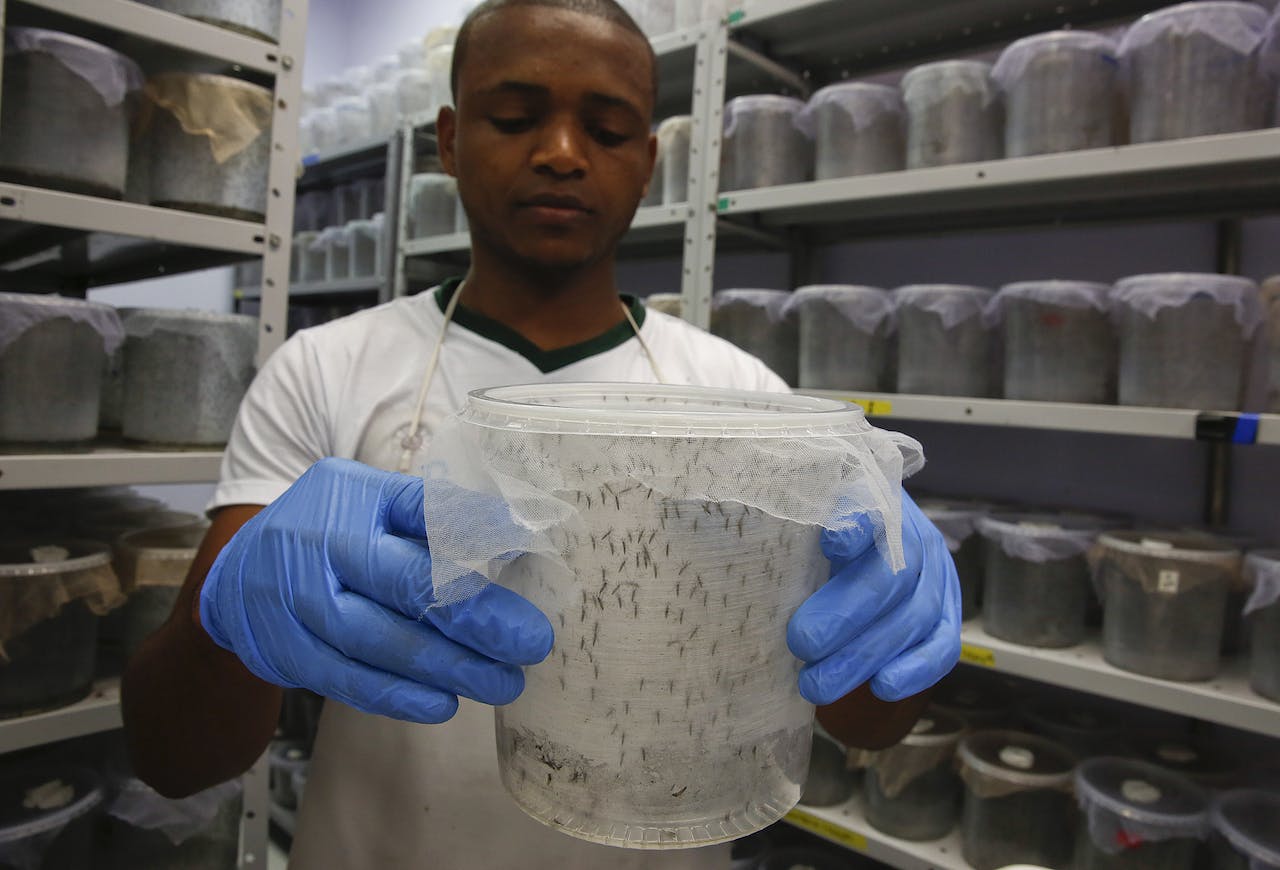 A technician from the British biotec company Oxitec holds a container of Aedes aegypti mosquitoes that were genetically modified to produce offspring that don't live, in Campinas, Brazil, before releasing them into the wild as part of an effort to kill the local Aedes population, a vector for the Zika virus. The concern is not the disease itself, Zika’s immediate effects are mild, consisting mostly of a moderate fever and a rash, and only a fifth of those afflicted notice any symptoms. But Brazilian authorities say also they have detected a spike in cases of microcephaly, which leaves infants with unusually small heads and can result in brain damage and a host of developmental and health problems. The link between Zika and microcephaly is as yet unproven. (AP Photo/Andre Penner)

In response to the PCST report, one state in Brazil announced that it would suspend the use of pyriproxyfen.

But as far as the rest of the rest of the Brazilian government and major health officials are concerned, the response to the alleged link between microcephaly and pyriproxyfen has been a resounding rejection.

First, there’s a problem with the circumstantial evidence tying microcephaly and pyriproxyfen, especially considering that the chemical has been approved for use in the U.S. and EU (though to be fair, it hasn’t been used in drinking water as it has been in Brazil).

And according to the Brazilian government, the theory doesn’t hold up across the map.

"It’s important to state that some localities that do not use pyriproxyfen also had reported cases of microcephaly," the government stated in response to the report.

Feeding the PCST’s flames, however, is the fact that the link between Zika and microcephaly hasn’t been 100 percent confirmed. Yet, many in the scientific community say that the lack of proof has less to do with an absence of evidence and is more about giving researchers time to adequately study and confirm that link. So far, signs are pointing to a forthcoming conclusion that Zika is causing microcephaly.

“Unlike the relationship between the Zika virus and microcephaly, which has had its confirmation shown in tests that indicated the presence of the virus in samples of blood, tissue and amniotic fluid, the association between the use of pyriproxyfen and microcephaly has no scientific basis," the Brazilian government said.

Studies of pyriproxyfen, on the other hand, don’t point to triggering neurological disorders such as microcephaly.

A spokesperson from the World Health Organization, who have approved the use of the chemical, commented on the report to the Associated Press, saying: “They have reviewed all the scientific literature linked to this pesticide in particular and found the same conclusion: That there is no scientific evidence that can link this pesticide in particular to the cases of microcephaly.”

So for the moment, this issue comes down to: Who do you want to trust? Government officials? Or a group of physicians who, judging from their website, appear to be anti-pesticide activists?

If you’re siding with the latter, consider this: That “subsidiary” link between Sumitomo Chemical and Monsanto? It was exaggerated — most likely because there’s no company enviros love hating more than Monsanto.

Aside from Sumitomo being a business partner in Monsanto’s crop protection sector, Monsanto doesn’t own the company, nor does it manufacture or sell pyriproxyfen.

As for me — I’ll be waiting to see what science says before pointing any fingers at any chemical.