Researchers want to use air-conditioning and ventilation systems for decentralized production of carbon-neutral synthetic fuels. 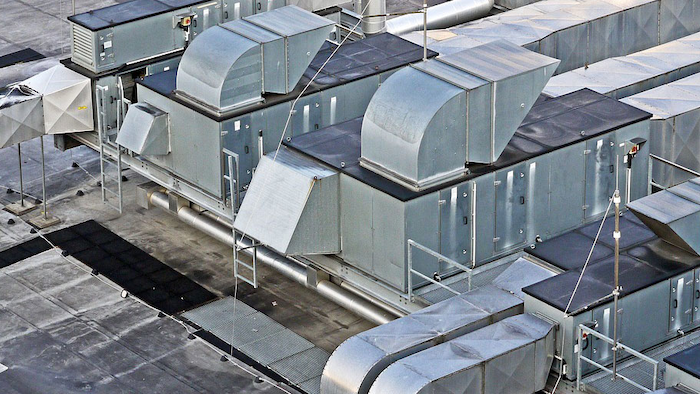 Researchers at the Karlsruhe Institute of Technology (KIT) and the University of Toronto have proposed a method enabling air conditioning and ventilation systems to produce synthetic fuels from carbon dioxide (CO2) and water from the ambient air. Compact plants are to separate CO2 from the ambient air directly in buildings and produce synthetic hydrocarbons which can then be used as renewable synthetic oil. The team now presents this "crowd oil" concept in Nature Communications.

To prevent the disastrous effects of global climate change, man-made greenhouse gas emissions must be reduced to "zero" over the next three decades. This is clear from the current special report of the Intergovernmental Panel on Climate Change (IPCC). The necessary transformation poses a huge challenge to the global community: entire sectors such as power generation, mobility, or building management must be redesigned. In a future climate-friendly energy system, synthetic energy sources could represent an essential building block: "If we use renewable wind and solar power as well as carbon dioxide directly from the ambient air to produce fuels, large amounts of greenhouse gas emissions can be avoided," says Professor Roland Dittmeyer from the Institute for Micro Process Engineering (IMVT) at KIT.

Due to the low CO2 concentration in the ambient air—today, the proportion is 0.038 percent—large quantities of air have to be treated in large filter systems in order to produce significant quantities of synthetic energy sources. A research team led by Dittmeyer and Professor Geoffrey Ozin from the University of Toronto (UoT) in Canada now proposes to decentralize the production of synthetic energy sources in the future and to link them to existing ventilation and air conditioning systems in buildings. According to Professor Dittmeyer, the necessary technologies are essentially available, and the thermal and material integration of the individual process stages is expected to enable a high level of carbon utilization and a high energy efficiency.

"We want to use the synergies between ventilation and air-conditioning technology on the one hand and energy and heating technology on the other to reduce the costs and energy losses in synthesis. In addition, 'crowd oil' could mobilize many new actors for the energy transition. Private photovoltaic systems have shown how well this can work." However, the conversion of CO2 would require large amounts of electrical power to produce hydrogen or synthesis gas. This electricity must be CO2-free, i.e. it must not come from fossil sources. "An accelerated expansion of renewable power generation, including through building-integrated photovoltaics, is therefore necessary," says Dittmeyer.

In a joint publication in the journal Nature Communications, the scientists led by Roland Dittmeyer from KIT and Geoffrey Ozin from UoT use quantitative analyses of office buildings, supermarkets and energy-saving houses to demonstrate the CO2 saving potential of their vision of decentralized conversion plants coupled to building infrastructure. They reckon that a significant proportion of the fossil fuels used for mobility in Germany could be replaced by "crowd oil". According to the team's calculations, for example, the amount of CO2 that could potentially be captured in the ventilation systems of the approximately 25,000 supermarkets of Germany's three largest food retailers alone would be sufficient to cover about 30 percent of Germany's kerosene demand or about eight percent of its diesel demand. In addition, the energy sources produced could be used in the chemical industry as universal synthesis building blocks.

The team can rely on preliminary investigations of the individual process steps and process simulations, among others from the Kopernikus project P2X of the Federal Ministry of Education and Research. On this basis, the scientists expect an energy efficiency—i.e. the proportion of electrical energy used that can be converted into chemical energy—of around 50 to 60 percent. In addition, they expect carbon efficiency—i.e. the proportion of spent carbon atoms found in the fuel produced—to range from around 90 to almost 100 percent. In order to confirm these simulation results, IMVT researchers and project partners are currently building up the fully integrated process at KIT, with a planned CO2 turnover of 1.25 kilograms per hour.

At the same time, however, the scientists have found that the proposed concept—even if it were introduced all over Germany—would not be able to fully meet today's demand for crude oil products. Reducing the demand for liquid fuels, for example through new mobility concepts and the expansion of local public transport, remains a necessity. Although the components of the proposed technology, such as the plants for CO2 capture and the synthesis of energy sources, are already commercially available in some cases, the researchers believe that major research and development efforts and an adaptation of the legal and social framework conditions are still required in order to put this vision into practice.