Physical chemistry can be used to explain the workings of air conditioning, which uses a refrigerant that moves heat from one place to another by transforming from a liquid to a gas in a cyclical manner. 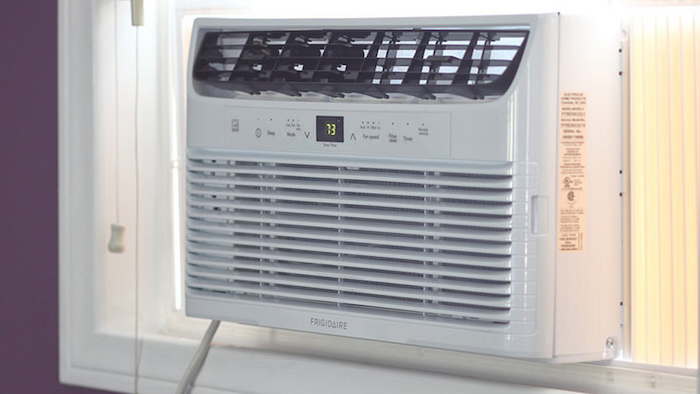 Physical chemistry can be used to explain the workings of air conditioning, which uses a refrigerant that moves heat from one place to another by transforming from a liquid to a gas in a cyclical manner.

As a liquid evaporates into a gas, it absorbs heat. The molecules in a liquid are held together by weak intermolecular interactions. These interactions are not quite chemical bonds, but they contain enough passing attraction to keep the molecules from flying apart.

Some of the molecules absorb enough heat energy—in other words, move fast enough—to overcome these intermolecular attractions. When they do, they escape and take a gaseous form.

An air conditioner’s basic job, then, is to use a fluid called a refrigerant that constantly changes from a liquid to a gas and back to a liquid again to move heat from one place (a hot room bedroom) to another (outside).

The liquid refrigerant flows through a series of coils exposed to the air in your home. The refrigerant has a low boiling point, so the heat from the interior is enough to transform it into a gas. This means that there’s more heat in the refrigerant, and less in the air.

As it condenses, the refrigerant loses heat to the air around it, which another fan blows outside. Air conditioning thus boils something at a low temperature and then condenses it at a high one.

While the refrigerant could be practically any substance, there are some chemicals that can perform the tasks better than others. A refrigerant needs to have a low boiling point, and one that can be adjusted to where you want it by changing the pressure on it.

It should also be good at conducting heat, and be able to absorb a lot of heat as it boils. Then, it needs to be cheap, widely available, and as non-flammable and non-toxic as possible.

Initially, scientists thought they’d found the perfect refrigerant with Freon: the trade name of a group of chemicals called chlorofluorocarbons. Unfortunately, it was found that these chemicals were harmful to the ozone layer.

These chemicals have widely been replaced with hydrofluorocarbons, or HFCs. HFCs don’t cause damage to the ozone layer, but they classify as greenhouse gases. Because of this, scientists are currently searching to phase them out of air conditioning systems.

Simple hydrocarbons may provide a safer alternative to HFCs. They are significantly less rough on the climate, but they are also more expensive.

The most surprising replacement of HFCs is carbon dioxide, or CO2. Although CO2 is classified as a greenhouse gas, it works effectively as a refrigerant, and is less potent than HFCs.