The study focused three fungi species which produce enzymes with application in biomass degradation; scientists in Brazil reveal how these substances are regulated and how they can interact synergically. 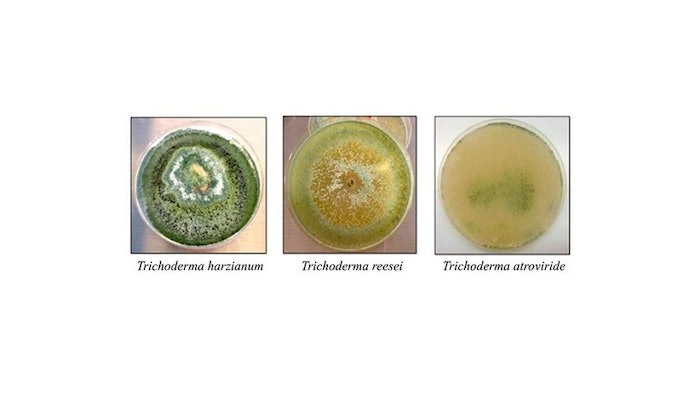 Production of second-generation (2G) ethanol from sugarcane requires enzymatic hydrolysis, in which enzymes from microorganisms act together to break down and convert the carbohydrates in sugarcane straw and bagasse into sugars capable of undergoing fermentation.

Understanding the genetic mechanisms that regulate the control and production of hydrolytic enzymes by microorganisms is considered fundamental to improving the technology used in this process.

Important knowledge of the different biological mechanisms behind the control and production of hydrolytic enzymes specifically by fungi has been garnered by a group of researchers at the University of Campinas (UNICAMP) in São Paulo State, Brazil, partnering with colleagues from the National Bioethanol Science & Technology Laboratory (CTBE), which belongs to the National Energy & Materials Research Center (CNPEM) in Campinas, and from Rio de Janeiro State University (UERJ).

"Our discoveries can contribute to the development of enzymes for inclusion in enzymatic cocktails used to produce 2G ethanol and other products," said Anete Pereira de Souza, a professor at UNICAMP and principal investigator for the project, in an interview given to Agência FAPESP.

The researchers analyzed the genetic mechanisms involved in the secretion and expression of enzymes used by three species of fungus to degrade sugarcane. The species were Trichoderma harzianum, T. reesei and T. atroviride.

These fungi are frequently found in soil and growing on wood, bark and even other fungi, as well as many other substrates. They hydrolyze various kinds of carbohydrate, including the cellulose in sugarcane straw and bagasse, by means of enzymes present in their cell walls.

The researchers used several techniques in biotechnology and bioinformatics to find out whether the enzymes produced by the three Trichoderma species have similarities and differences that may enhance or limit their efficiency in breaking down biomass, as well as whether they behave synergistically during this process.

They first measured the activity levels of enzymes secreted by the three fungal species during fermentation of bagasse, pure cellulose and sugarcane glucose. To do this, they counted and analyzed the proteins present in these three different substrates at the height of the biodegradation process.

They then used a high-throughput RNA-sequencing technique called RNA-seq to identify the genes expressed. Through the use of bioinformatics tools, they compared the data and were able to pinpoint gene networks that are co-regulated by the three fungal species and could be essential for biomass breakdown by these microorganisms.

"We identified highly synergistic gene co-regulation networks involved in enzymatic degradation of sugarcane biomass by the three fungal species," said Jaire Alves Ferreira Filho, who is studying for a PhD in genetics and molecular biology at UNICAMP and is one of the authors of the FAPESP-funded study.

The 19 proteins and their respective genes are involved in the production and secretion of hydrolytic enzymes and are associated with different fungal mechanisms of biomass breakdown, the researchers explained.

The elucidation of genetic relationships between the sets of genes provides important information for the development of recombinant microorganisms with potential industrial applications, they added, while simultaneously contributing to the understanding of the synergistic reactions among enzymes.

"Our detailed description of these reactions will lead to significant advances. It provides a sound basis for the use of genetic information in the production of biofuels and countless biocompounds," said Maria Augusta Crivelente Horta, first author of the article.