In the course of their work specialists applied synthetic methods using the abilities of organic silicon and germanium derivatives to form unusual 3-dimensional structures incorporating atoms of different metals. 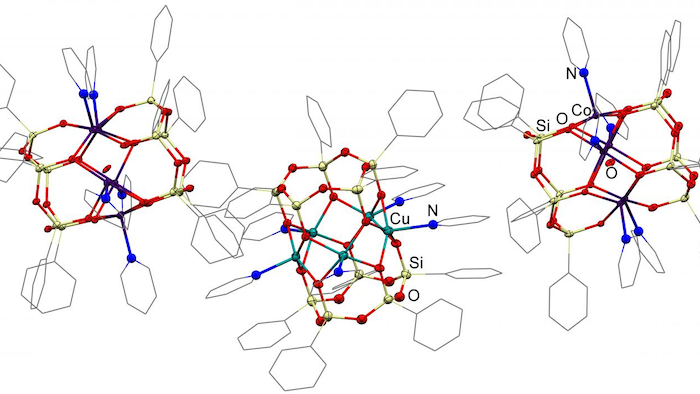 A team of scientists from the Research Institute of Chemistry (RIC) of RUDN University together with colleagues from major scientific centers created a new catalyst — a substance that activates oxidation processes in low-reactive components of oil and gas. The new method of hydrocarbon processing will help efficiently produce valuable organic substances such as acids and alcohols, using a reaction that requires only minor heating and no increased pressure. The results of the team's work were published in the Journal of Organometallic Chemistry.

"The catalysts we've created contain silicon (or germanium) and metal (copper, iron, cobalt, etc.). They are able to easily break the bonds between carbon and hydrogen atoms both in saturated and unsaturated hydrocarbons (the main components of oil and gas) and turn them into valuable products: alcohols, acids, and ethers. This is a topical subject - some works on the activation of carbon-hydrogen bonds were shortlisted for the 2017 Nobel Prize in Chemistry," explains Alexey Bilyachenko, one of the co-authors of the work, candidate of chemical sciences, and deputy director of Research Institute of Chemistry RUDN University.

In the course of their work specialists applied synthetic methods using the abilities of organic silicon and germanium derivatives to form unusual 3-dimensional structures incorporating atoms of different metals. These framework compounds are soluble in organic solvents increasing the activity of a catalytical particle. Moreover, the structure of the matrix determines the direction of the "catalyst' attack" (for instance, the oxidation of an organic molecule is targeted to certain positions of a reagent molecule).

The catalysts described in the work are classified as prismatic metallasilsesquioxanes. These compounds consist of a middle metal-containing layer located between two layers of silicon-containing cycle. Every atom of silicon is connected to an organic substitute.

Structural features and "nuclearity" of metal silsesquioxanes (i.e. the number of metal atoms in the compound) are highly dependent on synthesis conditions which causes certain difficulties for researchers. One of the main results of the team's work is determining necessary components of a reactive mixture that provides for getting a final product with a certain number of metal atoms thus determining further properties of a catalyst. Namely, the researchers showed the possibility of targeted production of pentanuclear products when synthesizing compounds containing copper, cobalt, and nickel ions with the use of a well-known heterocyclic compound pyridine. Notably, the products formed in other systems were hexanuclear.

Another important discovery was the stability of the rare pentanuclear structure in the course of transition from solid matter to a solution. It was shown on the example of a copper-containing compound. After replacing pyridine with dimethyl formamide, a solvent that is widely used in lab work, the researchers found out (using XRD investigations) that both the source and the target compounds had the same pentanuclear structure. This indicates quite high stability of the framework compound which is important in order to extend the period of a catalyst's activity in a solution.

Catalytical experiments presented in this work show that a pentanuclear copper-containing compound is effective in homogeneous catalyst of the oxidation of secondary alcohol (to ketones) and alkanes (to alkylhydroperoxides) with the use of peroxides. Notably, these reactions take place in "mild" conditions, that is, after minor heating and without increased pressure. The discovered methods of oil and gas processing by means of hydrocarbons activation with metal-containing compounds have an obvious advantage over the usual cracking and pyrolysis technologies that required expensive temperature— and pressure-resistant equipment.

Over 6 trillion cigarettes are produced each year — resulting in 1.2 million tons of toxic waste.
Sep 16th, 2020
Follow Us
Most Recent