When Ido Leffler roams the aisles of big-box retail stores, he isn’t just getting his shopping done — he’s on the prowl for his next big idea. 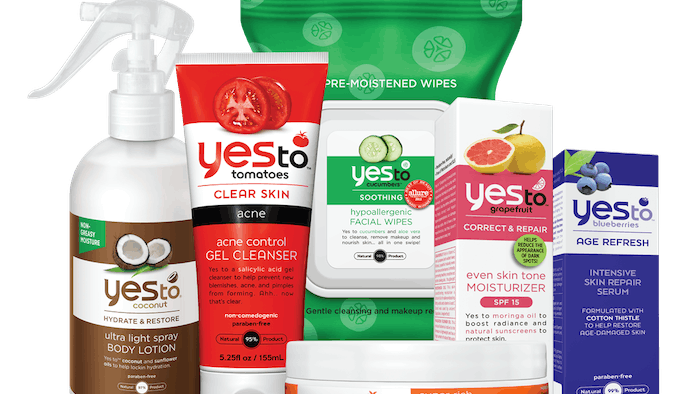 The Yes, To Inc. product line

One of my favorite parts of attending Best Practices For Chemicals, hosted by Eventful Conferences, ASUG and SAP, is hearing the perspectives from the keynote speakers who come from outside the industry.

This year they included Joe Burton, who spoke about using mindfulness to boost plant safety and Ido Leffler, a serial entrepreneur who’s launched 11 brands with his business partners.

When Leffler roams the aisles of big-box retail stores, he isn’t just getting his shopping done — he’s on the prowl for his next big idea. In particular, he looks for legacy markets he can disrupt. Leffler has made his career out of jumping into different manufacturing industries and shaking things up.

His first big success came after he started Yes, To Inc., a line of natural body care products. Going into the venture more than 10 years ago, Leffler knew nothing about skin care product manufacturing, but he knew the market was ripe for another key player. After scoring deals with some of the country’s biggest retailers, the Yes, To brand has become the second biggest natural body care product line in U.S. and is now found in about 25,000 different retail outlets in 24 countries.

Leffler’s next big idea came in the paper plate aisle. After seeing that there were only two main manufacturers dominating the market, he dove in and launched Cheeky, a line of paper plates with different fun and trendy patterns.

Most recently, Leffler has been focused on the company he heads, Yoobi, which makes school supply products. Like Cheeky, Yoobi offers vibrant-looking products in a market that had long been dominated by dull colors and same-ol’, same-ol’ designs.

But Leffler’s approach to businesses is about much more than appearances. Each of these companies has a clear mission to give back to the community wrapped into the business model. In fact, Leffler has boiled his approach down to three exact pillars of business.

The strategy has served Leffler well. While splitting his time between his home in Australia (one of the several countries he’s lived in) and California, he also serves on numerous corporate boards, sits on the UN Foundation Global Entrepreneurs Council, has co-authored a business book called “Get Big Fast And Do More Good,” and is a co-host on “Quit Your Day Job,” a “Shark Tank”-inspired show on the Oxygen network.

After Leffler went into detail about how he runs his companies during his keynote, one person in attendance asked the question likely on almost everyone’s mind: “Can I come work for you?”

Hiring smart people to run your operations is really a no-brainer. But Leffler goes to greater lengths to make sure he the company has an upbeat and motivated culture. In fact, he said this year he trying a new approach to promoting this idea: For the first time at Yoobi, 50 percent of employee bonuses will be based on attitude.

How does one define attitude? For Leffler, it boils down to being motivated (that person in the room who raises their hand to volunteer for projects or to help in any way), as well as being caring and considerate.

“What I care about is, if I’m going to sit next to this person on a plane for 13 hours, is this going to be a human I get along with?” he explained.

Leffler helps instill this culture in other numerous ways. For example, he said Yoobi touts a “Bedouin tent mentality,” which means that when anyone comes into the office, they are always offered something to eat or drink so that they feel welcome.

“The Bedouin would give you the last piece of bread from their table to make you feel like an honored guest,” he said.

Leffler also has a rule for meetings: They must always start on time, end five minutes early, and he won’t go into any meeting without a clear agenda and objective. This approach helps the team stay considerate of everyone’s time.

But here’s the coolest way Leffler shows appreciation for his employees at Yoobi: Every year, he takes the staff on a surprise trip out of the country. After launching in 2014, Leffler surprised his team the following year with a cruise in Mexico. The next year, all 100 or so employees ventured to Iceland. Not surprisingly, these trips not only promote some serious team building, they help build loyalty between the company and the staff.

How can companies change their culture to be more in line with Leffler’s philosophy? He suggests making small, incremental changes that come from the top and trickle down to promote a more considerate workplace focused on motivating employees to do and be their best.

Will your customers remember your product? Will they think about how great it is while using it? And will they remember the good experience they had when purchasing it?

Making sure your product is memorable is one of the ways Leffler’s companies help build “extreme loyalty” among their customers.

“Today it is very easy to make a product, but not a kick-ass product,” he explains. “It doesn’t matter if you have an industrial product or service. You just want something that people say, ‘That was great. I don’t need to go anywhere else to buy it.’”

Every time Cheeky sells a paper plate, they provide one meal to someone who needs it. And every time Yoobi sells a school supply, they donate a supply to a child in the U.S. In just a few years, Yoobi has already donated supplies to more than 2 million kids.

The premise is a simple, easy-to-understand concept that again, helps create extreme loyalty from customers.

How can his companies afford all this giving? Leffler says that the cost covers all of their marketing expenses. In fact, Leffler says Yoobi doesn’t pay anything for marketing — they simply promote the philanthropic arm of the company, sometimes even using celebrities to deliver the supplies to schools.

If your company is already doing philanthropic work, Leffler says to make sure employees are engaged with the program and that customers know about it, too. 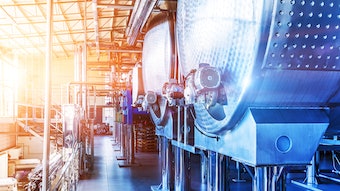