The Accomplishments of Rex Tillerson: Exxon's CEO And a Potential Pick For Secretary of State

President-elect Donald Trump has found an accomplished American executive in Rex Tillerson, but one whose longstanding support for free trade, international law and an expansive U.S. presence in the Middle East largely doesn't fit with what Trump has pitched to supporters. 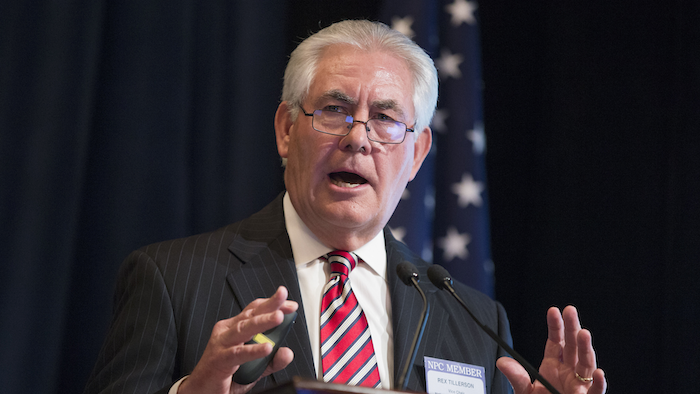 WASHINGTON (AP) — President-elect Donald Trump has found an accomplished American executive in Rex Tillerson, but one whose longstanding support for free trade, international law and an expansive U.S. presence in the Middle East largely doesn't fit with what Trump has pitched to supporters.

A native of Wichita Falls, Texas, Tillerson came to Exxon Mobile Corp. as a production engineer straight out of the University of Texas at Austin in 1975 and never left. Groomed for an executive position, Tillerson came up in the rough-and-tumble world of oil production, holding posts in the company's central United States, Yemen and Russian operations.

His nomination as the country's top diplomat would be the nascent Trump administration's most concrete outreach yet to Russian President Vladimir Putin. Success in Russia required aligning the company's interests with those of the Russian government, mettle and good relations with Putin. Exxon steadily expanded its Russian business even as its rivals faced expropriation and regulatory obstacles, and in 2013 Putin bestowed the Order of Friendship on Tillerson.

In 2006, Tillerson won the battle to succeed former Exxon CEO Lee Raymond. Under the Texan's leadership, oil prices broke records and Exxon's profits helped make it the most valuable public company in the world, with a security force totaling thousands of employees, direct channels with governments worldwide and a strong aversion to American sanctions or limitations on where it could operate. 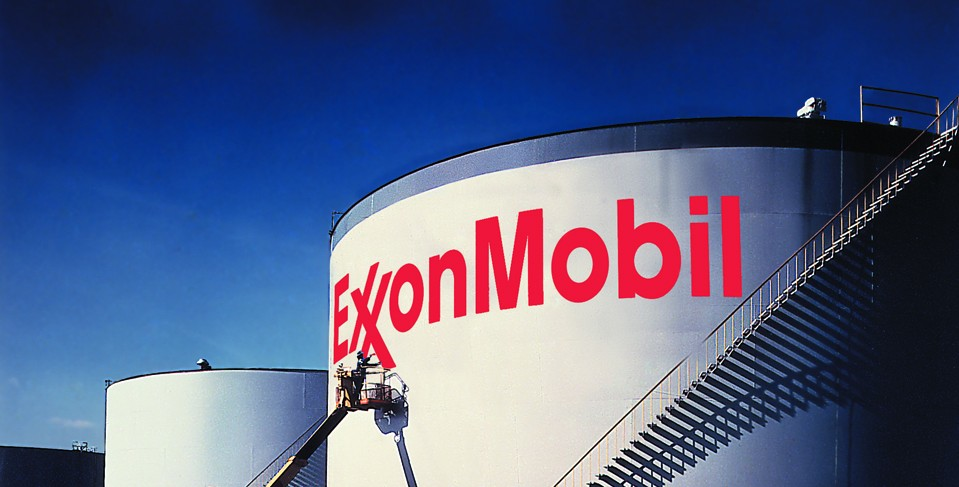 Tillerson has used Exxon's enormous profits to explore new regions for oil and gas and to invest in new acquisitions like XTO Resources, a company that had helped pioneer drilling for natural gas in formations of shale in the United States. But over the years oil has become more difficult and expensive to find as large, easy-to-tap reservoirs in stable countries were slowly depleted. Exxon and other giant oil corporations found it ever more difficult to replace the oil they sold every day with new resources, and they were forced to look in every more difficult and hostile regions for oil and gas.

"Energy made in America is not as important as energy simply made wherever it is most economic," he said in 2007 in a speech to the Council on Foreign Relations. "We are free-market, free-trade advocates," he said in another speech to the group five years later, declaring that the greatest boon for American energy security would be support for oil production and trading worldwide.

While Tillerson advocates for a hands-off approach to markets, he's backed continued American engagement in the Middle East. After the Iraq war, Exxon agreed to develop a large project in still-unstable southern Iraq at terms that less favorable to Exxon than most deals. In 2011, Tillerson announced an expansive relationship with Russia's Rosneft that will spend years and billions of dollars developing technology to explore and produce oil and gas in icy waters in the Russian Arctic.

While the revolutionary gains from shale fracking have poised the U.S. to supply far more of its own energy, Tillerson has said it would be a mistake to step back.

"The question you have to ask is, 'Well then, who steps into that void,'" he said, suggesting it would be a "large consuming country" such as China.

While his predecessor was a firm skeptic about the link between fossil fuel combustion and climate change, Tillerson has softened the company's position on the issue, even if he's unconvinced by the most dire predictions of the consequences.

At an industry conference in 2007, Tillerson acknowledged Earth's climate is changing, the average temperature is rising and greenhouse gas emissions are increasing. He also noted that climate remains a complex area of scientific study. Exxon remains under fire for its past efforts to undercut climate change — even as recently exposed internal documents show the company's own scientists recognized climate change's legitimacy as early as the 1970s.

But he said it's clear the risks of climate change to society and ecosystems could be significant, and it's prudent to develop and implement "sensible strategies that address these risks while not reducing our ability to progress other global priorities such as economic development, poverty eradication and public health."

Tillerson was slated to retire in March at age 65 under the company's mandatory retirement policy. Paid $27.3 million last year, Tillerson has accumulated roughly $160 million in Exxon stock along with $149 million of unvested stock options, according a proxy statement the company filed with the Securities and Exchange Commission.

Outside the oil industry, Tillerson has served as director of the United Negro College Fund and as chairman of the American Petroleum Institute. A former Eagle Scout, Tillerson also served as the National President of the Boy Scouts of America.