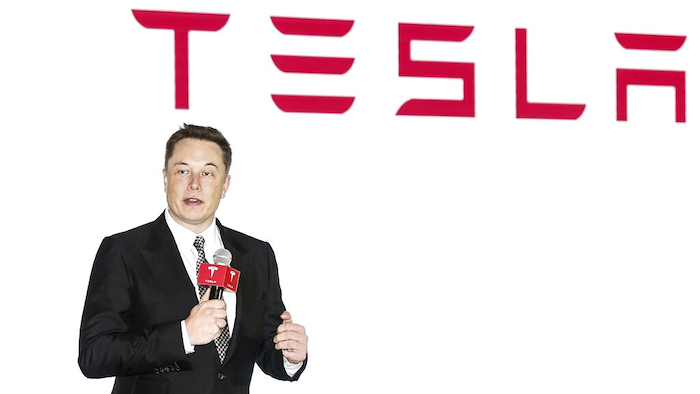 Tesla CEO Elon Musk holds a press conference to introduce the auto-driving system upgrade for Chinese Tesla owners in Beijing, China on Oct. 23, 2015. Activists on Monday, Jan 3. 2022 are appealing to Elon Musk and Tesla Inc. to close a new showroom in China's northwestern region of Xinjiang, where officials are accused of abuses against mostly Muslim ethnic minorities.
Chinatopix via AP

BEIJING (AP) — American activists are appealing to Tesla Inc. to close a new showroom in China’s northwestern region of Xinjiang, where officials are accused of abuses against mostly Muslim ethnic minorities.

Tesla on Friday announced the opening of its showroom in Urumqi, the Xinjiang capital, and said on its Chinese social media account, “Let’s start Xinjiang’s all-electric journey!”

The Council on American-Islamic Relations, an American organization based in Washington, D.C., on Monday urged Tesla and its chairman, Elon Musk, to close the showroom and “cease what amounts to economic support for genocide.”

Pressure on foreign companies to take positions on Xinjiang, Tibet, Taiwan and other politically charged issues has been rising. The ruling Communist Party pushes companies to adopt its positions in their advertising and on websites. It has attacked clothing and other brands that express concern about reports of forced labor and other abuses in Xinjiang.

“No American corporation should be doing business in a region that is the focal point of a campaign of genocide targeting a religious and ethnic minority,” the group’s communications director, Ibrahim Hooper, said in a statement.

Activists and foreign governments say some 1 million Uyghurs and members of other mostly Muslim minorities have been confined in detention camps in Xinjiang. Chinese officials reject accusations of abuses and say the camps are for job training and to combat extremism.

On Friday, the ruling party's discipline agency threatened Walmart Inc. with a boycott after some shoppers complained online they couldn't find goods from Xinjiang in its Walmart and Sam's Club stores in China.

In December, Intel Corp., the world's biggest maker of computer chips, apologized for asking suppliers to avoid sourcing goods from Xinjiang after the state press attacked the company and comments online called for a boycott of its goods.

The United States has barred imports of goods from Xinjiang unless they can be shown not to be made by forced labor.

China is one of Tesla's biggest markets. The company's first factory outside the United States opened in Shanghai in 2019.

Other foreign auto brands including Volkswagen, General Motors and Nissan Motor Co. have showrooms in Xinjiang operated by the automakers' Chinese joint-venture partners. VW also operates a factory in Urumqi.