The crash circumstances are similar to two others in Florida in which Teslas drove beneath tractor-trailers. 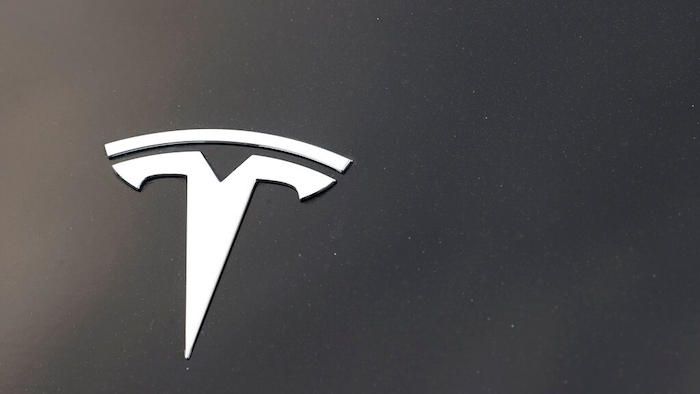 The company logo is seen on the hood of an unsold Tesla at a dealership late Sunday, Aug. 9, 2020, in Littleton, Colo. On Monday, March 15, 2021, the U.S. government’s highway safety agency said it is sending a team to Detroit to investigate a crash involving a Tesla that drove beneath a semitrailer.
AP Photo/David Zalubowski

DETROIT (AP) — The U.S. government's highway safety agency is sending a team to Detroit to investigate a crash involving a Tesla that drove beneath a semitrailer.

The National Highway Traffic Safety Administration says Monday night that a special crash investigation team will go to the city to investigate the “violent crash.” Two people were critically injured in the crash that happened last Thursday on the city’s southwest side.

The crash circumstances are similar to two others in Florida in which Teslas drove beneath tractor-trailers, causing two deaths. In both crashes, in 2016 and 2019, the cars were being driven while using Tesla's Autopilot partially automated driving software.

Detroit Police Sgt. Nicole Kirkwood could not say if the Tesla driver was using the company's Autopilot or “full self-driving” software. “It's still under investigation,” she said.

A message was left Monday night seeking comment from Tesla. The Palo Alto, California-based company has said previously that Autopilot and “full self-driving” are driver-assistance systems and that the driver must be ready to intervene at all times.

But the company has been criticized by the National Transportation Safety Board for failing to adequately monitor drivers to make sure they are paying attention. The NTSB, which investigates crashes and makes recommendations, also criticized Tesla for allowing the system to work on roads that it can't handle.

In a Feb. 1 letter to the Department of Transportation, which includes NHTSA, NTSB Chairman Robert Sumwalt urged the agency to enact regulations governing driver assist systems as well as testing of autonomous vehicles. NHTSA has relied mainly on voluntary guidelines for the vehicles, taking a hands-off approach so it won’t hinder development of new safety technology.

He wrote that Tesla is using its owners to test “full self-driving” software on public roads with limited oversight or reporting requirements. “Because NHTSA has put in place no requirements, manufacturers can operate and test vehicles virtually anywhere, even if the location exceeds the AV (autonomous vehicle) control system’s limitations,” Sumwalt wrote.

“Although Tesla includes a disclaimer that ‘currently enabled features require active driver supervision and do not make the vehicle autonomous,’ NHTSA’s hands-off approach to oversight of AV testing poses a potential risk to motorists and other road users,” he wrote.

Detroit police said in a statement that a white Tesla sedan drove through an intersection around 3:20 a.m. Thursday, struck the trailer and became wedged beneath it.

Both the male driver and female passenger were taken to a local hospital. The woman was in critical condition Thursday, while the driver's condition was not immediately known. Police said the information was preliminary and subject to change upon further investigation.