Navistar says its trucks will be able to go more than 500 miles on a single charge. 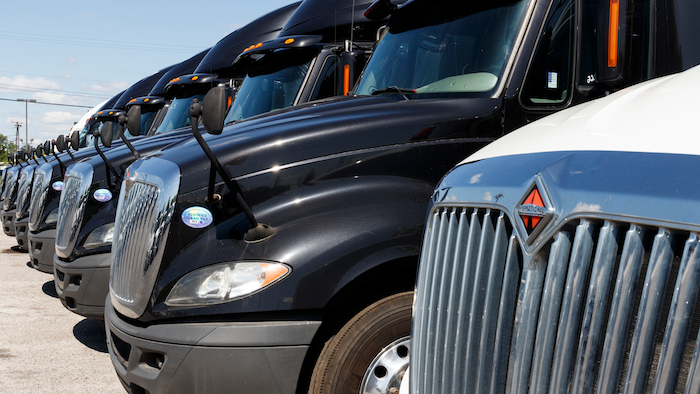 Navistar, who operates as the owner of International brand of trucks and diesel engines, will partner with GM on hydrogen.
iStock

The venture announced Wednesday is an early commercial deployment of the technology in U.S. long-haul trucking. Navistar hopes it will start widespread use of hydrogen-electric trucks, which will reduce greenhouse gas emissions that come from burning diesel fuel.

GM will provide fuel cell “power cubes” to Navistar, while OneH2 will set up fueling stations either by trucking hydrogen to terminals or through small hydrogen generation units, the companies said in a statement.

Trucking company J.B Hunt will use test trucks in a pilot program starting toward the end of next year. Navistar says its trucks will be able to go more than 500 miles (800 kilometers) on a single charge and can be refueled in less than 15 minutes.

None of the companies would give financial details of the collaboration. GM, which has been researching hydrogen fuel cells for 50 years, has stated in the past it wants to develop markets to sell its new technologies to other companies. Navistar said it would take a minority stake in Longview, North Carolina, based OneH2.

The companies said the cost of running Navistar's International RH fuel cell electric vehicles is expected to be comparable to diesel in certain markets.

They are expected to be commercially available sometime in 2024 to run routes with OneH2 refueling stations along the way.

"It is going to be opened and expanded to other companies," said Navistar CEO Persio Lisboa. “There's been a lot of interest from our customers.”

J.B. Hunt wouldn't say where the trucks would run in the test program.

“It can be anywhere. We have a lot of flexibility as we roll this out,” said Nick Hobbs, the company's chief operating officer.