The 66-year-old former auto exec is facing a number of legal challenges after fleeing Japan. 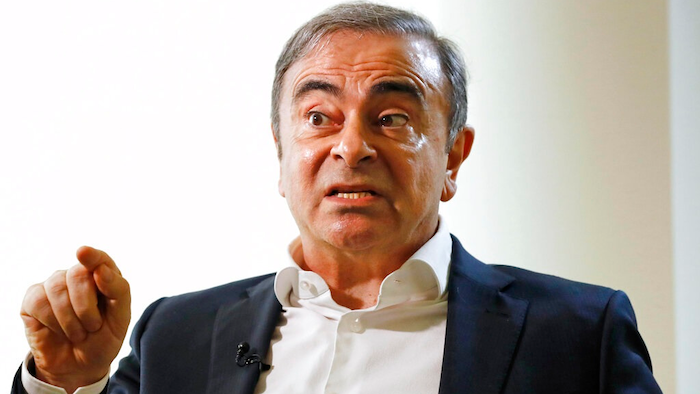 BEIRUT (AP) — Former Renault-Nissan boss Carlos Ghosn said in an interview aired Monday that French investigators are coming to question him in Lebanon over some legal challenges in France, asking why don't the Japanese do the same thing.

Ghosn’s comments came two weeks after a Lebanese justice ministry official said a team of French investigators will come to Beirut in January to participate in interrogating the former auto executives.

Ghosn, who is a Lebanese, Brazilian and French national, fled Japan in a dramatic escape that drew headlines in late 2019, arriving in Lebanon on Dec. 30 of that year.

In addition to his trial in Japan, the 66-year-old businessman is facing a number of legal challenges in France, including tax evasion and alleged money laundering, fraud and misuse of company assets while at the helm of the Renault-Nissan alliance.

Ghosn said there is neutrality in Lebanon where he has been living since fleeing Japan adding that Lebanese authorities have asked Japanese officials to send the charges against him but Tokyo did not. “What does that mean?” asked Ghosn insisting that he is innocent and was the victim of Japan’s judicial system.

“Now the French have charges,” Ghosn said. “They (French) are coming and they will question me. The Japanese are not doing this.”

“I consider all the charges to be false,” Ghosn said.

After leading the Japanese automaker Nissan for two decades, Ghosn was arrested in Japan in November 2018 on charges of breach of trust, misusing company assets for personal gains and violating securities laws by not fully disclosing his compensation. He denied wrongdoing and fled Japan while out on bail awaiting trial. He is unlikely to be extradited from Lebanon, where he has been since last year.

Ghosn said in the interview with the local LBC TV that Lebanon, which is passing through its worst economic and financial crisis in its modern history, “proved that it protects it citizens.” He added: “I am a French citizen and the French state did not defend me.”

At least two Ghosn-related investigations were opened in France. One focused on suspicious transactions between Renault and a distributor in Oman, as well as suspected payments for private trips and events paid by Renault-Nissan’s Netherlands-based holding company RNBV.

Another investigation focused on suspected misuse of company funds for a party for Ghosn at Versailles.

The French inquiry aims to determine who is at fault for a string of alleged financial violations between 2009 and 2020.