Tornado-Hit Auto Supplier Back to Work

Resuming production all but ends a threat of parts shortages for Ford, Toyota and Fiat Chrysler. 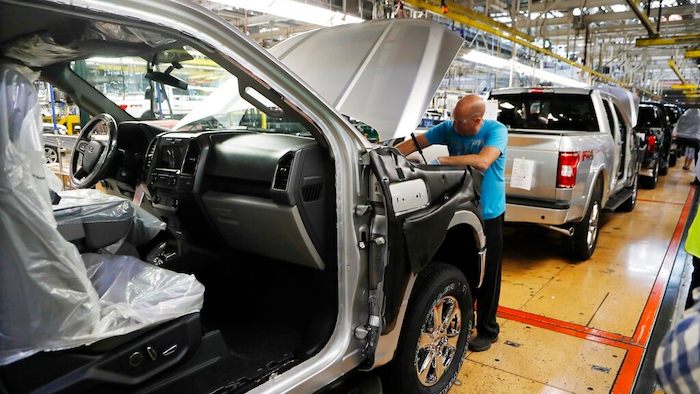 DETROIT (AP) — Production has resumed at a South Carolina auto parts plant that was hit by a tornado last month.

The return to work at the BorgWarner factory in Seneca, South Carolina, all but ends a threat of parts shortages for Ford, Toyota and Fiat Chrysler.

The April 13 storm severely damaged the factory that makes transmission parts for vehicles including Ford’s F-Series pickups, the top seller in the U.S. A plant security guard was killed.

BorgWarner CEO Frederic Lissalde said the twister damaged the roof of the plant's final assembly area. But the company has made repairs, tested equipment and built temporary structure where needed.

The factory resumed manufacturing on Monday, and production rates will increase through May, Lissalde said Wednesday on the company’s first-quarter earnings conference call.

The plant makes transfer cases for full-size pickup trucks and other vehicles. The parts shift power to a second drive shaft to run all-wheel-drive vehicles. In addition to several Ford vehicles, the plant makes parts for Fiat Chrysler’s Ram pickups and Toyota’s Tundra.

Ford pointed out possible supply shortages in an April filing with U.S. securities regulators. But since then, Ford, Fiat Chrysler and Toyota all said they didn’t expect the damaged plant to disrupt production.

Nine people were killed in South Carolina during the April outbreak of twisters.