The automaker vowed to continue investing in electric cars despite interruptions from the coronavirus pandemic. 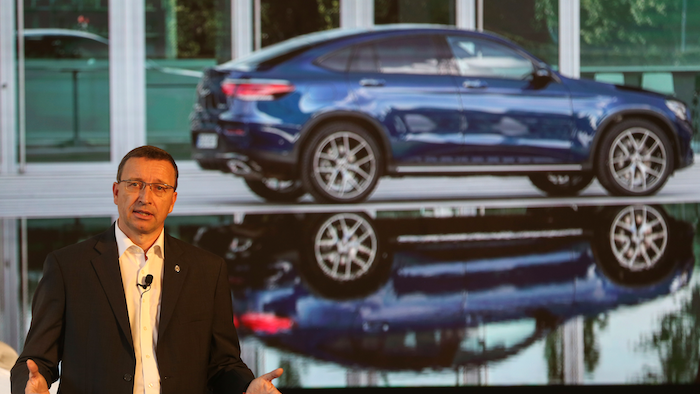 FRANKFURT, Germany (AP) — Germany's Daimler AG, maker of Mercedes-Benz luxury cars, made only a small profit in the first quarter of 2020 as the company shut down factories and shifted into cash preservation and cost management mode during the coronavirus crisis.

The company's CEO said Wednesday the Stuttgart-based automaker was now engaging in a gradual re-start of production — and would continue its investment in electric cars and digitalization. He called the shift to new technologies “non-negotiable” despite the severe disruption from the virus outbreak.

CEO Ola Kallenius said that “now we have started with a gradual ramp-up of our production.”

“At the same time," he said, "we are continuing to invest in key technologies, including electrification and digitalization. They are non-negotiable elements of our future.”