The slow down in sales can be attributed in part to its botched Explorer roll-out late last year. 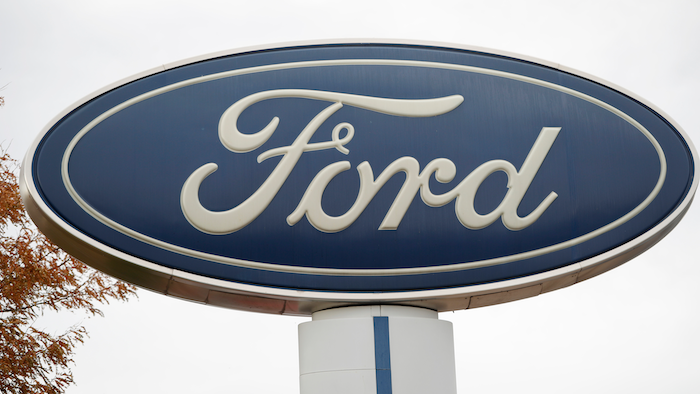 In this Oct. 20, 2019, file photo, the company logo stands over a long row of unsold vehicles at a Ford dealership in Littleton, Colo.
Associated Press

The Dearborn, Michigan, automaker said Tuesday it made $47 million in 2019, down from a $3.68 billion profit a year earlier. For the fourth quarter the company lost $1.7 billion, or 42 cents per share, hit by $2.2 billion in one-time pension costs.

Quarterly revenue fell 5% to $39.7 billion, about even with Wall Street estimates.

Shares of Ford, which released results after the markets closed Tuesday, tumbled 9% to $8.35 i n extended trading.

Ford had said earlier that it expected to deliver better results in 2019 than in 2018.

CEO Jim Hackett said on a conference call with analysts that the company fell short of expectations for the year, and he blamed the drop primarily on the flubbed launch of the new Ford Explorer SUV at its factory in Chicago.

New Explorers came off the assembly line with multiple problems and had to be shipped to a Detroit-area factory for repairs, delaying deliveries to customers.

Hackett also referred to higher warranty costs during the year, especially for a flawed six-speed automatic transmission in the Ford Focus compact car.

He said the Explorer production is now fixed and the SUVs are selling well.

“Our leadership team is determined to return to world class levels of operational execution,” he said. “I have zero question that we have identified what was at risk there, what bad decisions we made, things we have to change.”

He said 2019 was a year of restructuring for the company as it downsized its white-collar workforce and shifted its products to higher-growth, higher-margin SUV and truck segments while exiting lower-growth sedans. Ford, he said, made cuts in Europe, restructured in South America, installed new leaders in China and cut its white-collar work force globally to trim bureaucracy.

Hackett, who replaced ousted CEO Mark Fields in May of 2017, seemed apologetic when he said the change is taking hold. “It's just not material enough to move the needle,” he said. “It will move the needle and it will have impact.”

Last year at this time, Hackett acknowledged frustration with the speed of Ford's $11 billion restructuring effort.

Ford said it made a pretax profit of $6.4 billion for 2019, and its guidance for this year didn't show much improvement, if any. The company said it would make $5.6 billion to $6.6 billion before taxes in 2020, not including any impact from the coronavirus outbreak in China, which could crimp the parts supply.

“Were still assessing the magnitude and duration of potential impacts" from the virus, Chief Financial Officer Tim Stone said.

The company also announced that about 55,000 blue-collar workers represented by the United Auto Workers union will get profit-sharing checks of $6,600, based on North American pretax profits of just over $6.6 billion. Last year the checks were $7,600.