The NHTSA said the automaker was too slow in reporting safety problems and issuing recalls. 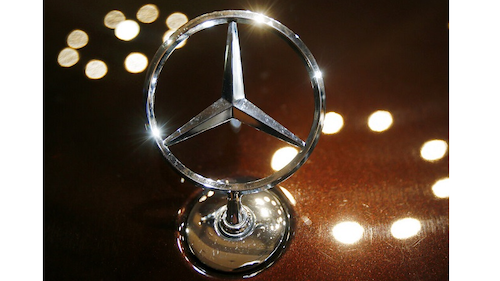 The German automaker agreed to the payment in a settlement with the National Highway Traffic Safety Administration. Last year the agency opened an investigation into recall reporting lapses by Mercedes involving more than 1.4 million vehicles.

The investigation covered allegations of recall notification letters being sent too slowly to vehicle owners as well as slow reporting of safety problems to the agency.

The settlement also addresses flaws with the operation and functionality of Mercedes' internet site that lets vehicle owners check for recalls by their vehicle identification numbers, the agency said Wednesday in a statement.

Mercedes agreed to pay the $13 million penalty with another $7 million deferred if certain conditions are met.

In a prepared statement, Mercedes’ U.S. unit said it does not believe it did anything wrong deliberately.

“Unfortunately we missed some deadlines in informing the agency of the measures we had taken in fulfilling their requirements,” Mercedes said. “We agreed to resolve this matter in an effort to answer NHTSA’s questions and move forward.”

The company said that in all cases, it announced the recalls, provided consumers with information and started the recalls as soon as possible.

The automaker will meet with NHTSA regularly to discuss recall execution and reporting, as well as the recall lookup site, the agency's statement said.

“We expect manufacturers to follow their legal obligations to the agency and to consumers in carrying out safety recalls,” NHTSA Acting Administrator James Owens said.