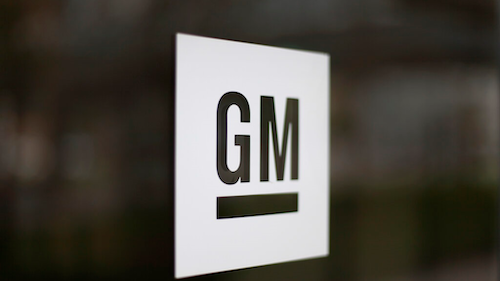 ST. LOUIS (AP) — The president of General Motors is expected to be in Missouri Friday for what officials are calling a “major announcement” at the company’s plant in Wentzville that makes trucks and vans.

Gov. Mike Parson, Sen. Roy Blunt and other government officials are scheduled to join GM President Mark Reuss at the Wentzville Assembly and Stamping Plant. Representatives for GM and Parson on Thursday declined to discuss details.

But the announcement comes less than two months after GM workers nationwide ended a contentious 40-day strike with an agreement that includes a commitment by GM to invest $1.5 billion in Wentzville to make the "next generation" of GM's midsize pickup trucks.

Missouri leaders have pushed hard to entice GM to expand. In July, Parson, a Republican, signed a bill providing up to $50 million of tax credits if GM invests $750 million to expand the Wentzville plant.

Some lawmakers, both Democrats and Republicans, were critical of the incentive package, saying it failed to guarantee that all GM workers in Wentzville will keep their jobs. In fact, as part of its new deal with the United Auto Workers, GM pledged to keep 2,000 jobs in Wentzville — less than half of the roughly 4,250 currently employed there.

Some lawmakers unsuccessfully sought to require GM to meet staffing thresholds to get the $50 million in tax credits. Missouri Department of Economic Development Director Rob Dixon has said businesses that receive job-retention incentives are required, on average, to keep 88% of their workforce.

Parson said the tax credits were needed to persuade GM to invest in Wentzville.

As part of the new agreement, the company will permanently close factories in Ohio and Maryland.

Not all of the $1.5 billion is expected to go directly to the Wentzville plant. Some of the money is expected to be used for things such as machinery for outside companies that supply parts to the plant.