China, Japan and the European Union condemned Thursday the Trump administration's decision to launch an investigation into whether tariffs are needed on imports of vehicles and automotive parts into the United States. 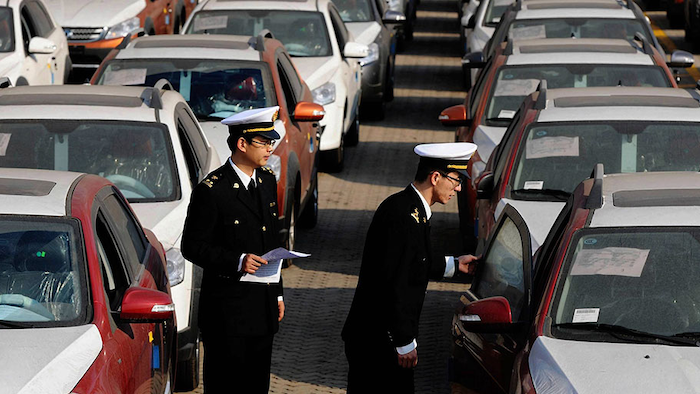 BEIJING (AP) — China, Japan and the European Union condemned Thursday the Trump administration's decision to launch an investigation into whether tariffs are needed on imports of vehicles and automotive parts into the United States.

The move is seen as an effort to gain a bargaining chip in stalled talks with Canada and Mexico over the North American Free Trade Agreement.

Mexico is the top exporter of passenger vehicles and light trucks to the U.S followed by Japan, Canada, Germany and South Korea, according to the Department of Commerce.

Japan's minister of Economy, Trade and Industry, Hiroshige Seko, said Japan, which accounts for about 40 percent of U.S. vehicle imports, will continue to remind U.S. officials that any trade measures must conform to the rules of the World Trade Organization.

If such a measure is taken, "it would be an extremely far-reaching trade sanction that would put the global market into turmoil," Seko said. "We are extremely concerned."

Germany's association of industry groups said auto tariffs would be a "provocation" and "another nasty blow to our economic relations" with the United States. The EU executive said it would be against the rules of global trade.

"China will pay close attention to the progress of the U.S. investigation, conduct a comprehensive assessment of the possible impact and firmly defend our legitimate rights and interests," Gao told reporters at a news conference.

Japanese and European automakers did not issue individual comments but some referred to Global Automakers, based in Washington, an industry group of international automakers. Global Automakers Chief Executive John Bozzella said the move would merely hurt American consumers.

Last week Japan went to the World Trade Organization to warn of possible retaliation for tariffs on steel and aluminum, which Trump imposed in March. Japan is the only major U.S. ally that was not granted a temporary exemption from the tariffs. Japan estimates they will cost it about 50 billion yen ($450 million) a year.

China is a relatively minor player in the U.S. auto import market, ranked 10th in dollar terms, but its massive car industry is eager to expand abroad. In auto parts exports to the U.S., China was ranked second last year.

A person familiar with the discussions said the president has suggested seeking new tariffs of 20 to 25 percent on automobile imports.

Critics fear other countries will retaliate with trade sanctions of their own and question whether the move would ever be effective given the lengthy review required and legal challenges ahead.