The German automaker says a part in the camshaft can shear off, causing loss of vacuum in the power brakes. That can lengthen stopping distance and possibly cause a crash. 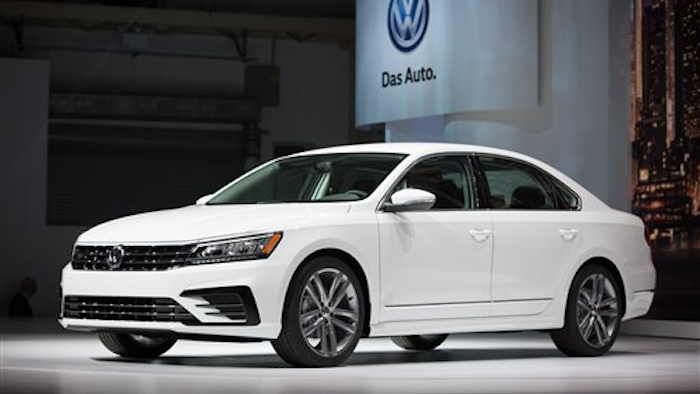 DETROIT (AP) — Volkswagen is recalling nearly 92,000 cars in the U.S. to fix mechanical problems that can knock out the power-assisted brakes.

The recall includes the Beetle, Golf, Jetta and Passat models from 2015 and 2016. The cars have 1.8-liter and 2-liter turbocharged four-cylinder gasoline engines.

The German automaker says a part in the camshaft can shear off, causing loss of vacuum in the power brakes. That can lengthen stopping distance and possibly cause a crash. The engines also will go into a reduced power mode to avoid further damage.

VW discovered the problem after getting reports of camshaft failures. No injuries have been reported, but a spokesman would not say if there had been any crashes.

A fix is expected by the end of March. Until then, VW tells owners to keep driving the cars. They should report malfunctioning warning lights or other trouble to dealers.

A spokesman was checking to see if loaner cars would be made available until the repairs are finished.