U.S. Models To Be Fixed In VW Emissions Cheating Case

Volkswagen has admitted that 11 million of its cars worldwide are programmed to cheat on emissions tests, including 8.5 million vehicles that will be recalled in Europe and another 482,000 cars in the U.S. 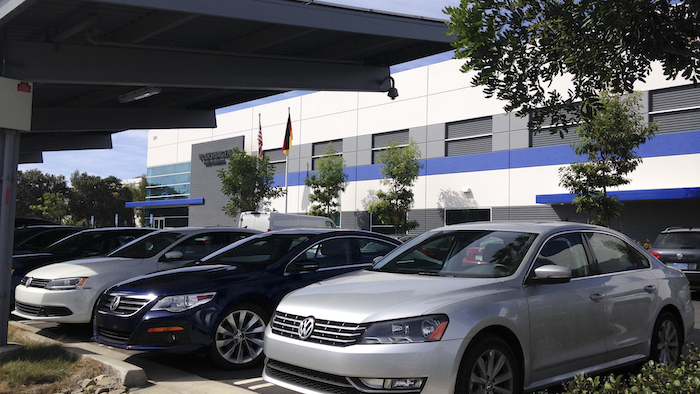 Volkswagen has admitted that 11 million of its cars worldwide are programmed to cheat on emissions tests, including 8.5 million vehicles that will be recalled in Europe and another 482,000 cars in the U.S.

The U.S. Environmental Protection Agency says the cars with 2-Liter four-cylinder diesel engines can still be driven, even though they can spew ozone-causing nitrogen oxide at 10 to 40 times the legal limits. But affected models will need changes to software and even hardware.

— 2009-2014 Jettas, 2010-2014 Golfs, 2012 to 2014 Beetles known as Generation 1 of the diesel engines. About 325,000 cars. Will take one or two years to fix because they need software and hardware changes that are now being designed. Hardware could include a larger catalyst to treat nitrogen oxide, or a treatment system using the chemical urea that would require a small storage tank.

— About 90,000 Passats from the 2012 to 2014 model years known as Generation 2. These cars need only a fix to remove the cheating software, which turns on pollution controls during tests on a treadmill-like device called a dynamometer and turns them off when the cars are on roads. The EPA says a proposed fix from VW could come as early as next week, but it must be tested first. No timetable for a recall to begin.

— In addition, thousands of 2016 diesel models are stranded at ports around the nation because the EPA has not certified their emissions control systems. VW has withdrawn its application for certification and says there's software on the cars that heats up a catalyst that wasn't disclosed to the EPA. The government is investigating whether this software is a second computer program designed to cheat on the tests.