Nissan says in documents posted by U.S. safety regulators that in a crash, fuel could leak from a seal between the gas tank and the fuel sending unit. That could cause a fire. 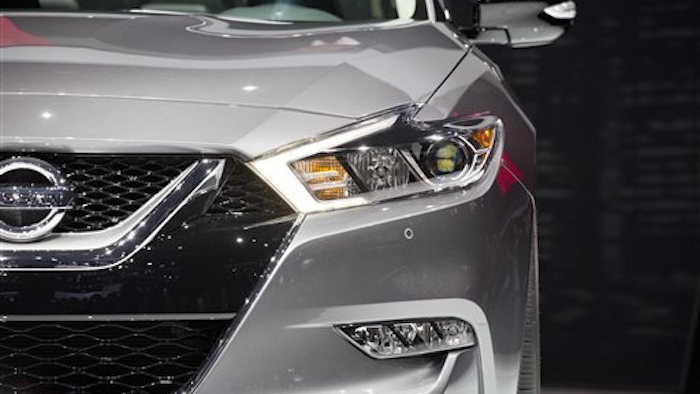 DETROIT (AP) — A Nissan recall for possible fuel leaks in crashes has been expanded to include nearly 59,000 Altima and Maxima sedans worldwide.

Nissan says in documents posted by U.S. safety regulators that in a crash, fuel could leak from a seal between the gas tank and the fuel sending unit. That could cause a fire.

The company says the problem was discovered in crash tests, and it has no reports of fires, injuries or fuel leaks.

Dealers will install a retainer ring to help maintain a proper seal. The recall should begin within the next two months.

The recall began in July with about 5,500 2016 Maxima sedans, but Nissan said at the time it was investigating to find out whether more models were affected.

A company spokesman said Monday that no Infiniti luxury brand vehicles are affected by the recalls.