A Tesla electric car caught fire during a promotional tour in southwest France, and those aboard escaped unharmed. 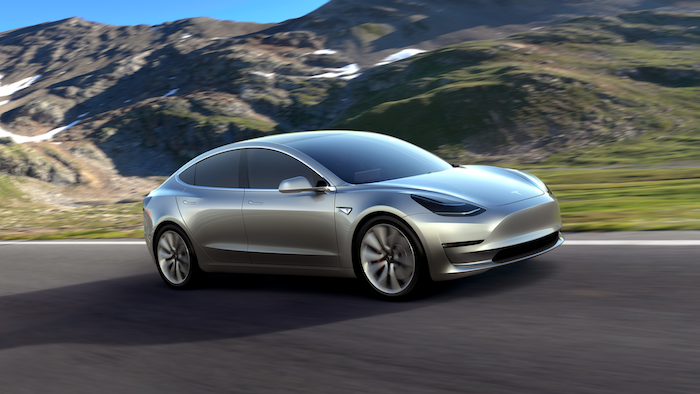 This undated photo provided by Tesla Motors shows the Model 3 car. The promise of an affordable electric car from Tesla Motors had hundreds of people lining up to reserve one. At a starting price of $35,000 — before federal and state government incentives — the Model 3 is less than half the cost of Tesla's previous models. (Tesla Motors via AP)

PARIS (AP) — A Tesla electric car caught fire during a promotional tour in southwest France, and those aboard escaped unharmed.

Tesla said in a statement that it is "working with the authorities to establish the facts" about Monday's fire in Bayonne.

The driver was quoted in local newspaper Sud Ouest as saying he answered a Facebook ad offering test drives of the Model S sedan. The driver said he saw smoke, and the three people aboard got out before seeing it catch fire.

Regional administration spokesman Patrice Abbadie said Tuesday that nobody was hurt and no property was damaged.

The U.S. government investigated Tesla in 2013 after two fires in Model S sedans, but closed the investigation after Tesla raised the cars' suspensions and added a titanium shield to protect their batteries.

They argue the Trump administration rule violates federal laws.
May 28th, 2020
Follow Us
Most Recent